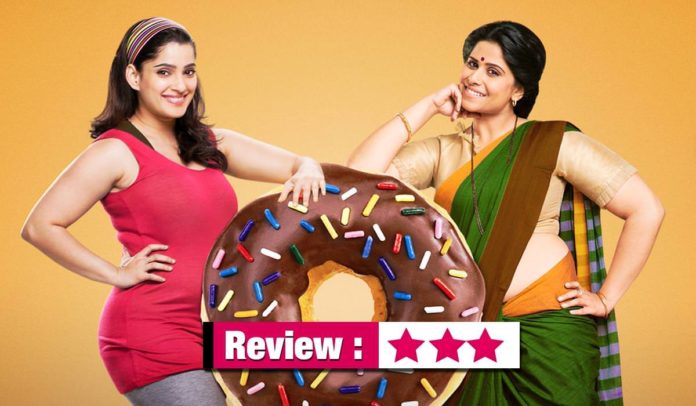 Post ‘Aiyaa’ (2012) (director Sachin Kundalkar’s first Bollywood film) there is a conscious change in  Kundalkar’s choice of subject & the execution of it. Sachin Kundalkar’s brand image before ‘Aiyaa’ was quintessentially “Art House”. With films like ‘Restaurant’, ‘Nirop’ & the masterpiece ‘Gandh’ it could have been almost impossible to predict a Bollywood debut like ‘Aiyaa’. But post that Kundalkar came back to Marathi with ‘Happy Journey’, ‘Rajwade & Sons’ & now ‘Vazandar’. There’s a lot common in these three films. Apart from the common target audience it’s the deliberate effort on the overall ‘Youthful’ look of these films. It’s difficult to find the traditional ‘Marathiness’ in these works both visually & thematically. ‘Rajwade & Sons’ though was more complex & the perceptions were not restricted to the younger generation.

So the point is ‘Vazandar’ revolves strictly around today’s internet struck generation & to some extent might not appeal to the traditional audience of Marathi Cinema(if there’s any!).

As the trailer clearly suggests the film is completely focused on the lives of two slightly overweight girls; Pooja (Priya Bapat) & Kaveri (Sai Tamhankar). Kaveri married into a wealthy family & Pooja is in her early 20s still studying. Both of them live in Panchgani & are friends. Pooja is a sort of the only company Kaveri has who lives a different life at home; that of a sophisticated Marathi bride. Priya Bapat as Pooja is genuinely adorable & spontaneous but it’s Sai’s Kaveri to whom the film really belongs. The situations these two characters are put into might be same but their journeys are strangely distant from each other. Hence the point of having two protagonists in this film isn’t justified. Since the film deals with a slightly under used issue we expect the film to be morally clear but that’s not the case.

Even with these drawbacks ‘Vazandar’ appeals to us mainly because it believes in the people it’s dealing with. Yes they appear genuine, unfilmy & alive. Both Sai & Priya are natural throughout & it definitely elevates the impact of the film. Among the rest of the cast Siddharth Chandekar is smooth as usual but Chirag Patil appears awkward. Mainly because he shares screen space with the flawless Sai Tamhankar & so his immaturity is evident throughout.

If we have to classify ‘Vazandar’ in a genre it would be like a light hearted Hollywood film which we usually watch on a tv channel that specifically telecasts romantic comedies. Is there any sort of a strong statement or a counterview which the over-weight individuals can proudly flaunt? No. Not really. Then what’s the point? Well it’s still a good film, because we can’t really expect films to give us philosophical solutions to every day-to-day issues of modern human life.

Sachin Kundalkar recently spoke about how currently the Marathi film industry is allowing filmmakers to make mistakes & a kind of freedom to command his/her actors according to his vision. The second part of this statement has been justified in ‘Vazandar’ but in terms of the first, the film appears much safer & it doesn’t really explore the freedom to commit mistakes. But I repeat ‘Vazandar’ is a good film! It’s just that we expect more deeper & complex films from a director who gave us ‘Gandh’.

Now the other side of the coin makes us question ourselves whether we truly have the kind of audience ‘Vazandar’ aspires? We don’t know! This year has only belonged to the one big blockbuster & there aren’t many glory tales to narrate. Still to be positive we guess this time the “Youth” recognizes ‘Vazandar’ which is definitely relatable to them at least on ‘culture’ grounds.

Watch ‘Vazandar’ for three reasons Sai Tamhankar, Priya Bapat & the overall ‘Youthful’ flavor of the film. You might also love more things about the film which will then be a bonus!