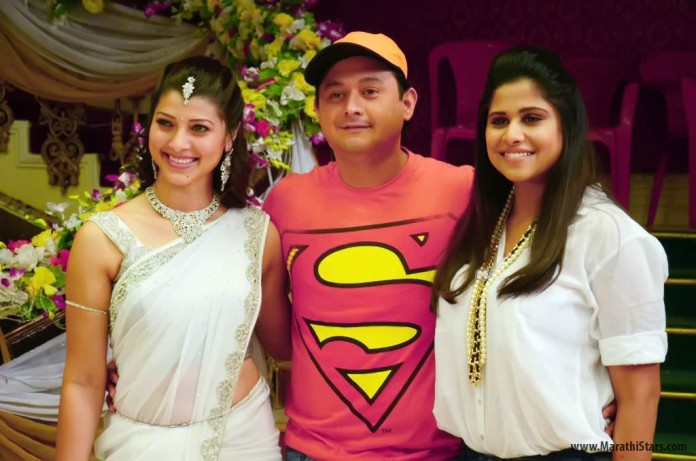 Sanjay Jadhav, a director known for lavish sets and love stories is returning with his next film “Tu Hi Re”. Audience is already curious about this romantic saga. The shooting of a wedding song for this film was recently finished at Mumbai. The song title is “Gulabachi Kali” and it is a dance number. The song stars Tejaswini Pandit, Swapnil Joshi, Sushant Shelar. The playback singers are Amit Raj, Vaishali Samant, Urmila Dhangar, these three singers also appear on the screen for this song.

The choreography of this song is done by Sujit. Music has been given by Amitraj and Shashank Powar. Cinematography is by Prasad Bhende. Lyrics have been penned by Guru Thakur.
The film is slated to release on 4 September 2015.