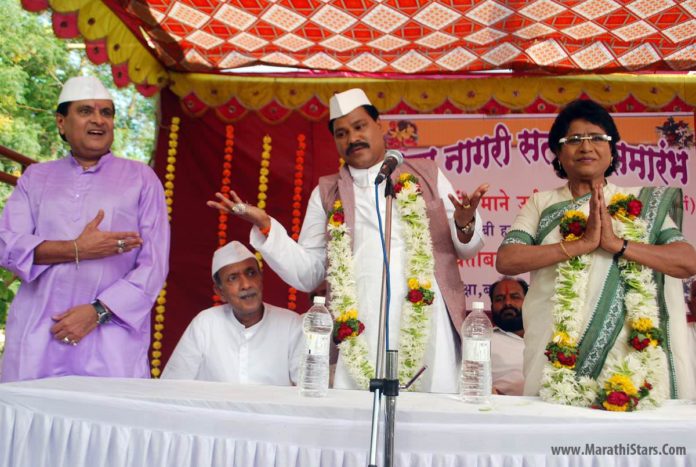 Politics include all those internal games & confrontations. We can never tell when the opposing party could turn into the ruling party & vice-versa. All this fun fair will soon be explored in an upcoming Marathi film ‘Gaav Thor Pudhari Chor’. This film is set as a political satire that will pin point such politicians who are only bothered about ‘power’. And this will result as an amusing form of entertainment for the audiences.

However along with entertaining the audiences ‘Gaav Thor Pudhari Chor’ will also enlighten the audience about their political & social responsibility. Presented by ‘Mangesh Movies’, the Pitambar Kale directorial is set to redefine the word ‘Political’ in a light-hearted fun way. This film is produced by Mangesh Doiphode & stars Digambar Naik, Prema Kiran, Chetan Dalvi, Siya Patil, Kishor Nandalskar & others in pivotal roles.

This political fun ride has been shot in & around Pune & Daund & it’s all set to release in theatres from 17th February all over Maharashtra.