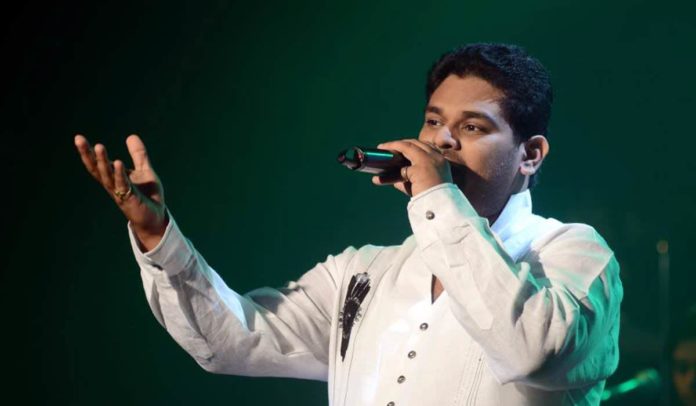 Ankush Chaudhari, Tejashri Pradhan, Abhinay Berde & Aarya Ambekar starrer ‘Ti Saddhya Kay Karte’ has become the first big Marathi blockbuster of 2017. A rare combination of beautiful story, brilliant performances & mesmerising music has contributed to the success of the film. One of the composers, Nilesh Mohrir’s ‘Parikatha’ song has been loved & appreciated on social media. This song is sung by Kaushik Deshpande. Kaushik has been in the top 7 of singing competitions like ‘Saregamapa Hindi’, ‘Indian Idol’ & ‘Saregamapa Marathi’.

Kaushik has been blessed with a musical background in his family. His mother – Pranita Deshpande used to sing in the popular orchestra ‘Mehendichya Panavar’ & his father – Eknath Deshpande was a musician who played alongside Bollywood stalwarts Shankar Jaikishan, Mohammad Rafi & Manna Dey. Kaushik himself worked as a music arranger for over four years alongside Bollywood composers ‘Pritam’ & ‘Aadesh Shrivastava’.

Kaushik was working on ‘Shortcut’ Marathi film as a music arranger. At one point for the time being, ‘Makhmali’ song was recorded in Kaushik’s voice as a scratch version. But later composer Nilesh Mohrir loved Kaushik’s voice & went ahead with Kaushik as the singer for that song. This is how Kaushik’s career as a playback singer kicked off. And now with ‘Parikatha’ Kaushik Deshpande has made it big! Soon we can listen to more of his hit songs in near future.