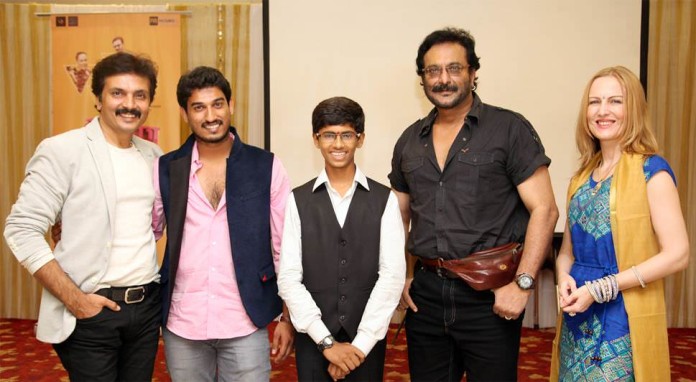 Than Than Gopal – a film directed by southern director Karthik Shetty recently released its first look and music in Mumbai. The trailer was launchecd by Pahlaj Nihlani, censor board chairman and Vijay Patkar launched the music. The entire cast and crew of the film was present for this event.

The story of the film revolves around an eleven-year blind boy and his unusual friendship with a Warli Painter.