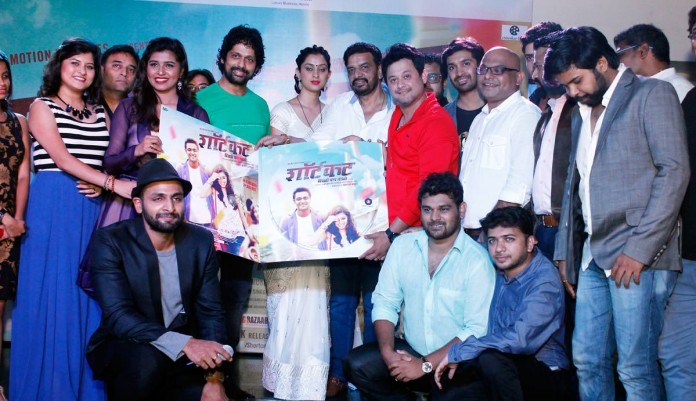 Shortcut, a film about cyber crime launched its music by Swapnil Joshi is a glittering event recently. The film stars Vaibbhav Tatwawdi as a genius hacker and SanSkruti BaLgude. Swapni Joshi unveiled music and first look for this film.

The song Makhmali composed by Mohrir and sung by Sawni Ravindra and Kaushik Deshpande has already become an instant hit and gaining popularity charts. The film is about Cyber Crime. Story-screenplay is written by Harish Raut, Vinay Narayane and Rajesh Balapure. Cinematography is by Shakeel Khan.