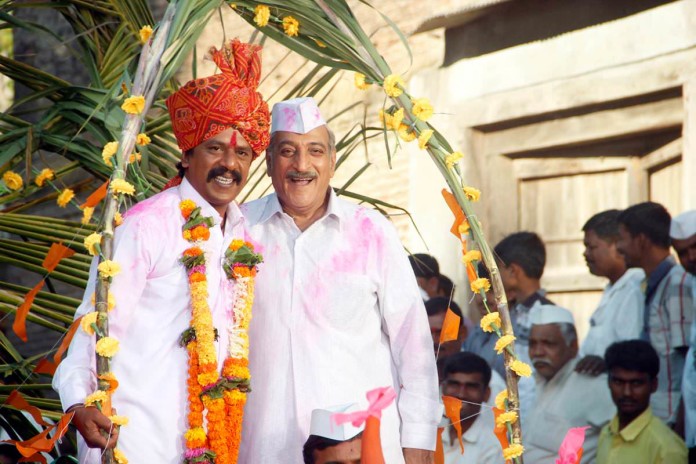 The highlight of the film will be cameo appearance by Sharad Pawar and Sushilkumar Shinde. The two powerful politicians will play role of leaders in this film.

The film is about reservation and caste politics at the village level and how common people suffer. The film is written by Vishnu Surya Wagh, who himself is an MLA from Goa. The dialogues are written by Phutane. Music has been composed by renowned Shaheer Sambhaji Bhagat. Background music has been given by Rahul Ranade and editing is done by Sarvesh Parab. Cinematography is by Charudatt Dukhande and art direction is by Madhukar Patil.