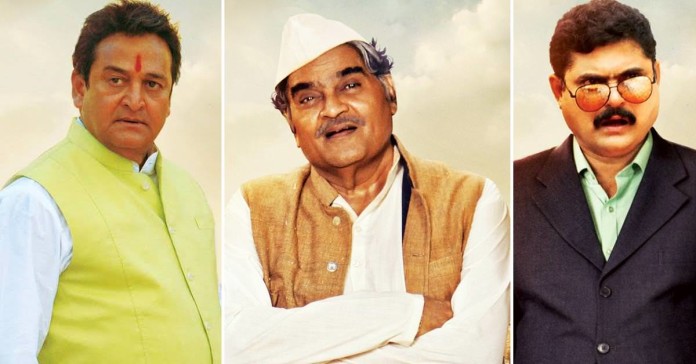 Vrundavan, a film directed by TLV Prasad will be featuring three legendary actors from Marathi industry. The film stars Ashok Saraf in the role of a father along with Mahesh Manjrekar and Sharad Ponkshe in the role of his sons. Ashok Saraf has ruled Marathi industry with his impeccable comic timing as well as understanding of the script. He will be seen playing a role of a doting grandfather in this family drama.

The film is produced by Realistic Film Company and coproduced by Amit and Anagha Karkhanis. The choreography is done by Ganesh Acharya and music has been composed by Amitraj. The film will be releasing on 8 April all over Maharashtra.