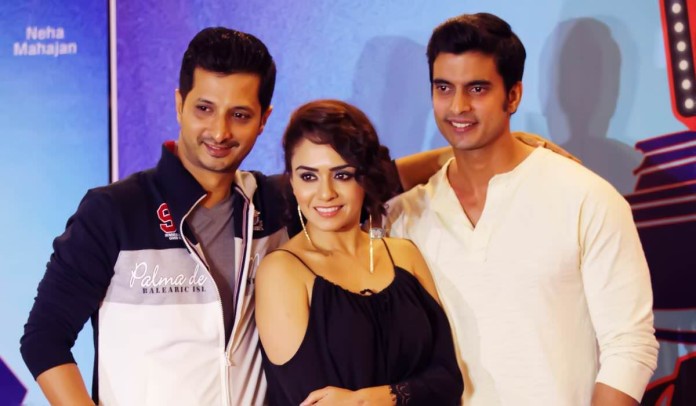 One Way Ticket a film shot on an international cruise is gearing up for its release. The production of this film is over and it will be releasing on 10th June all over Maharashrta.

Recently a wrap up party for shooting completion was celebrated at Bandra. The first look of this film was also launched in this party. The film is written and directed by Amol Shetge. The film is a suspense thriller and five main characters go for a cruise. What happens on this cruise will be interesting to see.

The film stars Amruta Khanvilkar, Sachit Patil and Gashmeer Mahajani, Shashank Ketkar and Neha Mahajan in the lead roles. Music has been composed by Amitraj and Gaurav Dagavkar. The film has been shot at exotic locations of Italy, Spain and France.