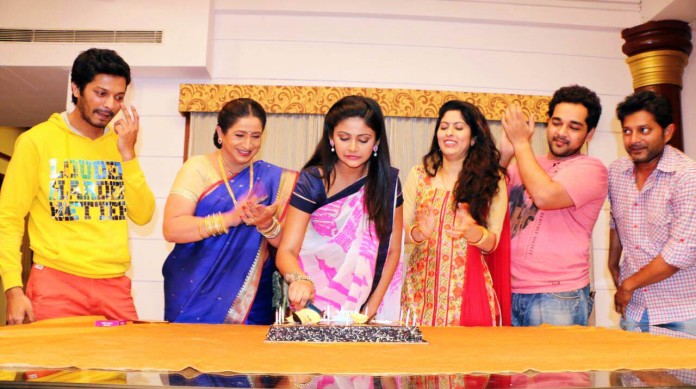 It seems that Siddhi from TV serial Devyani is a huge fan of okra (Bhindi), that’s why the team gifted her bhindi on her impromptu birthday party. The surprise birthday party was planned on the sets and Siddhi was really amused to receive her favourite vegetable as a gift.

Talking about this unique gift Director Karthik Kainde said, “Siddhi loves Bhindi sabzi and in a month she gets variety of the same sabzi for almost 15 days. She not only cooks and eats it herself but also feeds the entire crew with it. So while discussing with the team as to what to buy for her, the entire team came up with the unique idea of gifting her Bhindi.”

A surprised Siddhi commented that she will surely prepare a yummy sabzi of these bhindi and feed the entire crew. Ahem! So any other Bhindi fans on the sets of Devyani?