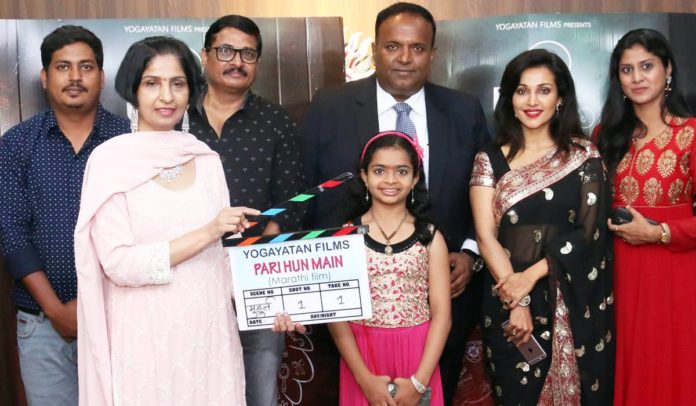 Yogayatan Industries will be entering into Marathi films with their first production “Pari Hun Main”. Though the title of the film is in Hindi, the film will be Marathi. The Muhurt shot of this film was recently done in the presence of Chairman of the group Dr. Rajendra Pratap Singh and director Sheela Rajendra Singh.

Yogayatan is a name known in the construction and infrastructure services. This will be their first venture into the Marathi films. The film is directed by Rohit Shilwant and stars Nandu Madhav, Devika Daftardar, Shruti Nigde, Flora Saini in the lead roles.

The story of the film is by Iravati Karnik and DoP is Rohan Madkarikar. Art Direction will be by Narendra Bhagat. Kunal Mehta is the creative producer for the film. The music has been composed by Sameer Saptiskar. Sanjay Gujar is the co-producer and Project Head will be Bhushan Savale.
The film will go on the floors very soon.