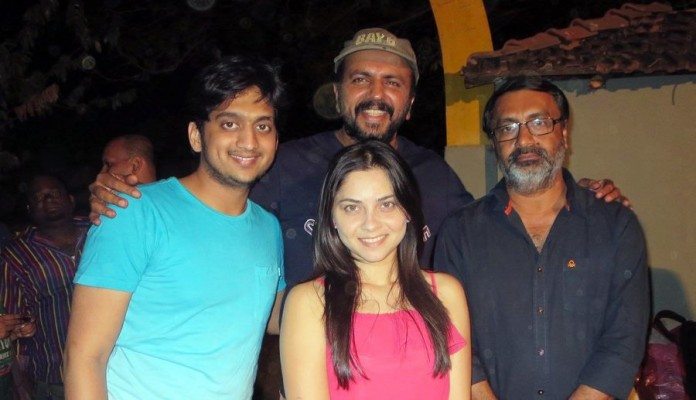 Good work in entertainment industry is alwayes reproduced in the form of remakes. Language is never a barrier for remakes. Film director V.K. Prakash (VKP) and producer-actor Prakash Bare have teamed up for a remake of Shutter in Marathi. And this remake is ready to hit the Marathi cinema in July. Silicon Media in association with Trends Adfilm Maker’s Pvt Ltd are all set the release their Marathi film ‘Shutter’ by July 2014. Directed by Joy Mathew in Malayalam,Shutter had made waves and won several awards with its gritty tale of three men and a woman.

“Both VKP and I felt that we wanted to make a mark in Marathi cinema, which is going though a very creative phase. Moreover, what is heartening is the support given by distributors and viewers to support good regional cinema,” says Prakash. He is also acting in the film along with some leading names from Marathi theatre such as Sachin Khedekar, Radhika Harshey, Amey Vagh, Kamlesh Savant and Jaywant Wadkar.

The film is an action thriller and also an intense social satire. The film portrays unexpected incidents happening in 24 hours, within four people. Highlight of the film is that Lead vocalist Rohit Raut of the band ‘GUST’ will be performing on screen with his band as a part of the movie sequence.

Produced by Sajeev MP and Prakash Bare, Supervising Producers Dipak Sharma and Suresh Pai, Screenplay and Dialogues by Manisha Korde, the film’s Director of Photography (DOP) will be KK Manoj, Editor Bhakti Mayaloo, whereas music is manned by Pankaj Padghan on the beautiful lyrics of Mangesh Kangane & Ashwini Shende. Costume is by Liji Preman.