No matter how much most of the netizens hate “Chala Hawa Yeoo Dya” for their comedy skits, it seems that show has becoming rage in Bollywood. After SRK and Salman Khan, another Khan will appear in this show. Talented actor Irrfan Khan will be coming on the stage of Chala Hawa Yeoo Dya to promote his upcoming “Madari”. 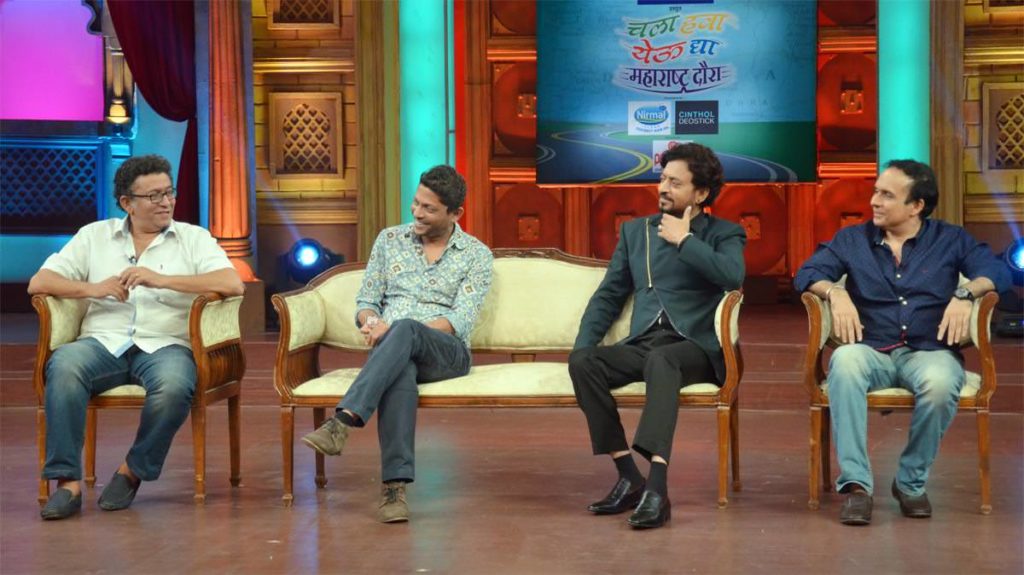 The national award winning actor will talk about his film and also perform along with the stars of CHYD. The shooting of this special episode was completed recently and it will be aired on 18 July at 9:30 pm on Zee Marathi.

Irrfan Khan has done film like Maqbol, Piku, Paansingh Tomar, Lunchbox in Bollywood. He has also done Hollywood films like Life Of Pi, Spider Man, and Jurassic World. His upcoming Madari has been directed by Nishikant Kamat. The film also stars Uday Tikekar and Tushar Dalvi who will also present on the show. The CHYD team will present their own version of Billu and Life of Pi as a special tribute to Irrfan Khan.