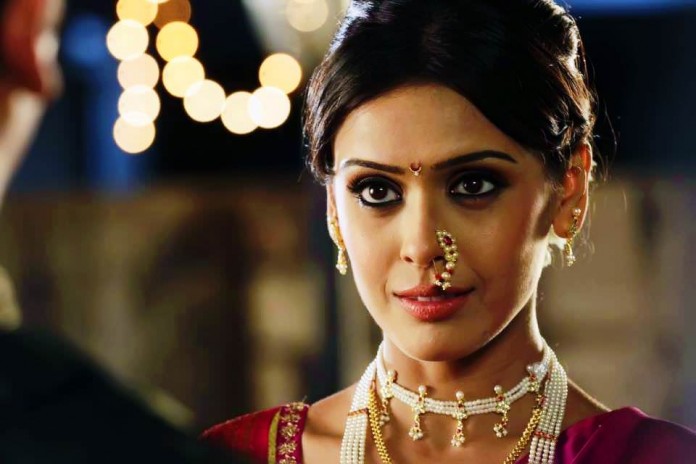 Hrishita Bhatt known for her innocent looks and the image of girl next door made her debut in Hindi films. Her roles in Asoka, Shararat, Dil Vil Pyar Vyar and Hasil were appreciated by the audience. Hrishita now will be seen in a Marathi movie “Dhol Tashe”

Her First Marathi film was “Mani Mangalsutra”, which was a box office hit. In Dhol Tashe, Hrishita has been paired against Abhijeet Khandkekar.

Along with Abhijeet, the film stars Jitendra Joshi, Pradeep Velankar, Ila Bhate, Vinay Apte. The film is produced by Rajkumar Anjute and Atup Tapkir. The lyrics are by Guri Thakur and music by Nilesh Mohrir.

The film is slated to release on 3 July all over Maharashtra.