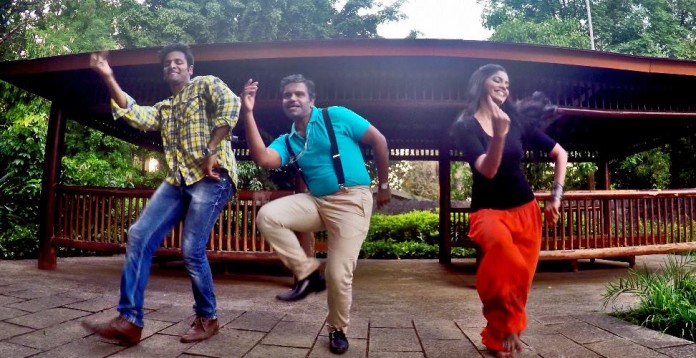 When festivals like Ganeshotsav, Shimga, come near then we remember the devotional aartis, balya dances and Jakdi dance. Balya dances and Jakdi Dances are new to the new generation but this cultural dance form which is getting extinct in the Konkan region is registering it’s presence across the seven seas in Mauritius where it is celebrated with great pomp and fervour . This dance form is known as Jhakri in Mauritius. Producer Swiss Entertainments and writer-director Ajay Phansekar’s new film will feature this ‘Jhakri’ form of dance . Many years ago a few workmen from Konkan migrated to the Mauritius to work in the sugarcane fields and they carried on the their traditional dance of Jhakri but the surprising thing is that in the Konkan region only men used to participate in this dance but in the Mauritius even women participate in the dances.

The film ‘Cheater’ has story , screenplay and direction by Ajay Phansekar and the DOP is veteran B.Laxman. The film stars Hrishikesh Joshi, Vaibhav Tatwawaadi, Asavari Joshi, Suhas Joshi and Pooja Sawant and these stars have danced to the Jhakri form of dance brilliantly. The film’s title suggests it’s a very different film but you will have to wait and watch till the film releases to find out it’s novelty.

Abhijit Joshi has penned the lyricsfor four songs in the film set to tune by Abhijit Narvekar and as an added attraction Hindi playback singer Sonu Nigam has sung two songs for the film along with Urmilla Dhangar, Avdhoot Gupte, and Anandi Joshi. Vrushali Chavan is the choreographer for the Jhakri dance. This is the first Marathi film to be shot in Mauritius for almost 70 percent and the rest of the film is presently being shot in Pune.