The Music Director of the film is Shailendra Barve, a National Award Winner was present along with singers Neha Rajpal, Vivek Naik and Amol Bawdekar on the occasion. Also present was Shrihari Sathe, the internationally acclaimed Indian Filmmaker, who is the Director and Producer of Ek Hazarchi Note. This movie is his first Indian venture.
The story of the movie has been written by Shrikant Bojewar who has also penned its 5 songs. Ek Hazarchi Note is a simple yet significant movie portraying the drama amongst the common folk, especially in rural areas, who tend to enjoy all the little things in life.

Shrihari Sathe said that the film revolves around the fact that poor folk have to face life as it comes with little control over what happens to them. Even when money comes, it brings problems. They unfortunately have to take things as they come and are not in a position to retaliate when wrong is done to them. People wielding power have inhuman control over their destiny.

“Ek Hazarachi Note” is produced by him under his banner “Infinitum Productions”. Prior to this Shrihari has produced two feature length films, both in the US. “Pervertigo” (2012) world premiered at the Warsaw Film Festival was also shown at Mumbai Film Festival. The second film he produced was “It Felt like Love” which premiered at 2013 Sundance Film Festival last year and was screened at about dozen festivals all over the world. It released theatrically in March 2014 in the US. 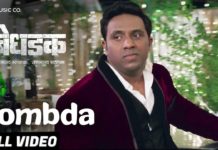 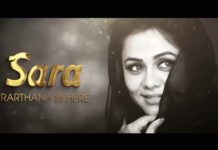