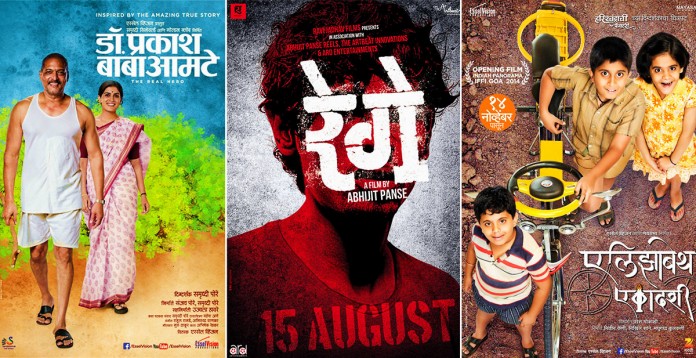 These three films will be honoured at S M Joshi Hall on 3 January in the Marathi Patrakar Din event. Also, Mrinmayee Deshpande will be awarded as Best Actress for her “Mamachya GaavalaJaaooya”

Apart from these film awards, five journalists will also be awarded as Salaam Pune award. Senior film journalist Aruna Antarkar, Harish Kenchi, Sambhaji Patil, Ajit Chavan and Narendra Shinde will be honoured in this event. Varsha Marathi will be honoured by Best Media and Dr. Ajay Dudhane will be awarded for his social work in de-addiction.

Marathi Chitrapat Mahamandal president Vijay Patkar and State Minister Babanarao Lonikar will be chief guest for this event. Many film industry persons will also be present for this event.