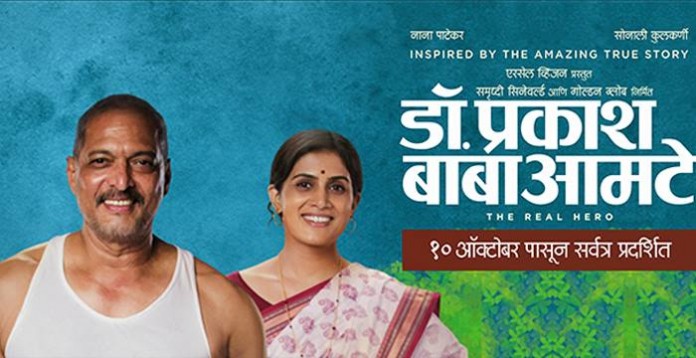 Synopsis :
Nobody knows that someone is living an amazing life in one corner of the world with wild animals with his mission which is a beautiful example for the world.
A storyline showcasing an individual who was unaware of his destination but became an inspiration to the world by teaching the epitome of self actualization.
After finishing his doctor degree, Prakash’s father Baba Amte, took him on a picnic to Hemalkasa ,but that was not only a picnic but a turning point in prakash’s life. He became restless seeing that, on one hand people had reached the moon while here still people were living as animals. They use to hunt and sleep under the tree. Prakash went there just to treat them but became a part of them.
Dr.Mandakini and Prakash loved each other from collage days. Leaving her luxurious life behind, she decided to accompany Prakash without any condition.
This is where the real story begins in the dense forest of Hemalkasa. There struggle with tribals, struggle with wild animal, struggle with Naxalites and corrupt government officials.
But today after 45 years of struggle, Hemalkasa has become an example to the world.
The story is unbelievable but…. it is true!