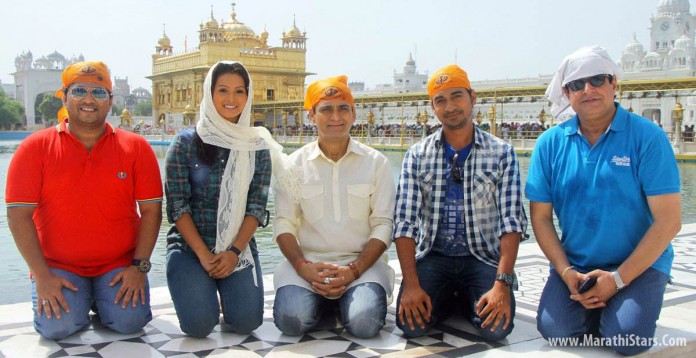 Shrikant Bhide, one of the talented young actors in Marathi cinema will be seen in an upcoming “What about Savarkar” as Abhiman Marathe. The central character of his Marathi film is about a youth who feels offended by a politician insulting Savarkar. His struggle and revenge against such ideology will be seen in this film. The journey of a simple party worker to a leader of masses through emotional turbulences, insults, political games has portrayed in What About Savarkar. Shrikant Bhide is very excited for this role. This film is directed by Nitin Gawde. 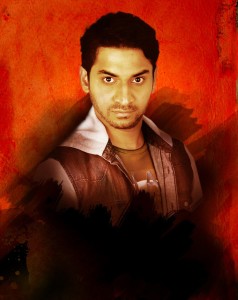 Shrikant has worked on theatre for many years; he is also one of the very few actors in Marathi who can dance. Shrikant has worked in some films and short films previously. However, playing Abhiman Marathe was a challenge for him as the role demands many subtleties.

The film deals with the problem of current generation, their anger towards system and an attempt to change this system, the dilemma of good and evil. The film has been produced by Rohit Shetty and Atul Parab under the banner of Retake Unlimited Film productiona dn Auras Avatar Entertainment. The film also stars Sharad Ponkshe, Vivek Lagoo, Avinash Narkar, Atul Todankar, Sara Shravan.

The film releases on 17 April all over Maharashtra. 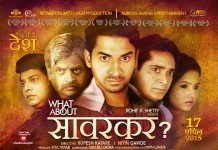 Review: What About Savarkar? – Wannabe Patriotism 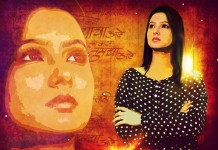 Sara Shrawan to play a Manipuri girl in What About Savarkar 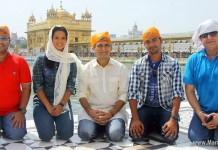 What About Savarkar Stills 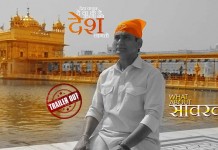 What About Savarkar (Marathi Movie): Trailer