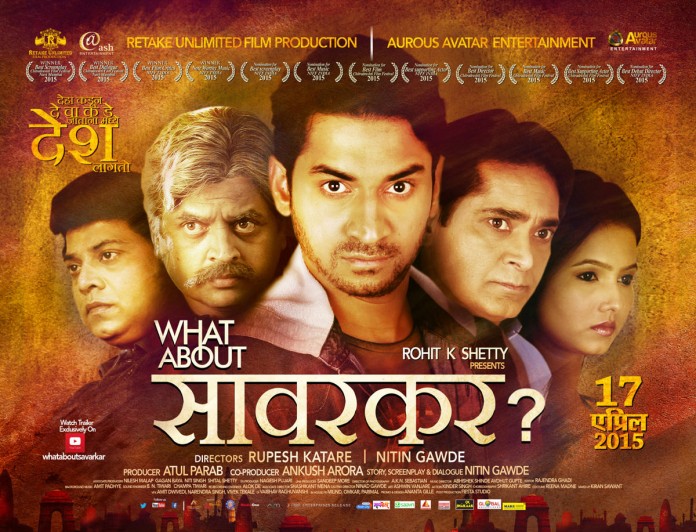 Director duo Rupesh Katare and Nitin Gawde’s What About Savarkar? is yet another film that proves that good intentions amount to nothing in a film if the content is poor. Although the makers have taken efforts to arouse nationalistic sentiments, the film falls flat by being poor in writing, overambitious and jingoistic.

The film centers on Abhiman Marathe (Shrikant Bhide), who literally worships the late revolutionary Vinayak Damodar Savarkar aka Veer Savarkar. Abhiman stays with his family and is in love with a Manipuri girl (Sara Shrawan). His life takes a frustrating turn when a minister at the Centre insults Savarkar. Now, Abhiman takes it upon himself to avenge the insult of his idol. 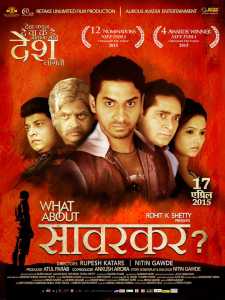 The basic problem here lies with the basic plot itself, which is not only practically impossible but also uninteresting. Seriously, why should the audience root for a man who wants to put a garland of chappals around someone’s neck? How is that going to benefit the nation or Savarkar? On top of that, once the character goes on his mission, the film has basically no story to tell till the climax when he executes his plan.

So, the audience is taken on a sightseeing tour starting from Konkan and then leading onto Manipur, Amritsar and Delhi. All this while (and almost for the entire film), we are dished out underdeveloped characters, erroneous situations and, most importantly, jingoism in the name of patriotism. Using the slogan ‘Vande Mataram’ again and again without a sensible content doesn’t arouse nationalistic feelings.

Naturally, you expect something similar from the climax. But you are taken by surprise since the ending moments are more absurd than the rest of the movie. 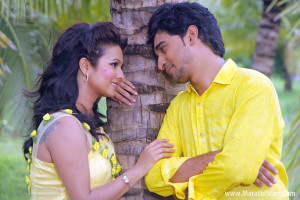 The song ‘Jayostute’, written by Savarkar himself, is the biggest plus point. The rest of the songs aren’t impressive with few being forceful. The camerawork appears artistic while capturing locales of Konkan and Manipur.

Shrikant Bhide does an average job as the main lead. He shows signs of talent but is let down by the content and so are the rest of the actors. Atul Todankar is the best of the lot. Sharad Ponkshe, as Abhiman’s grandfather, gives a mature performance. But there doesn’t seem to be an age difference between his character and the one played by his son. Sara Shravan looks good and acts average. Avinash Narkar overdoes on few occasions.

What About Savarkar? fails to create an impact. The film will have a tough time at the box office.