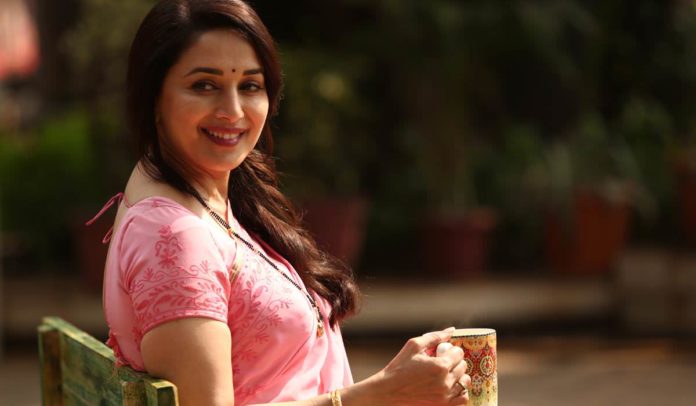 Dhakdhak Girl Madhuri Dixit’s much awaited Marathi film debut is due this week & the audiences have shown interest in the film from Monday itself! The advance booking of Bucket List commenced from this Monday as some of the theatre owners in Maharashtra responded towards audiences questions regarding the release of the film! And many audiences have already started booking their tickets for the film.

Manager of City Pride theatres Sugat Thorat says, that the audiences were intrigued about the film & about the title of the film & kept calling in the theatre. Hence they opened the advance booking for the film on Monday itself instead of Wednesday!

This film is produced by Jamash Bapuna, Amit Pankaj Parikh, Arun Rangachari, Aarti Subhedar & Ashok Subhedar under the banners of Dark Horse Cinemas, DAR Motion Pictures & Blue Mustang Creations. Whereas ‘Bucket List’ is also first Marathi film that is being presented by Bollywood Stalwart Karan Johar under his banner of ‘Dharma Productions’ along with AA Films.