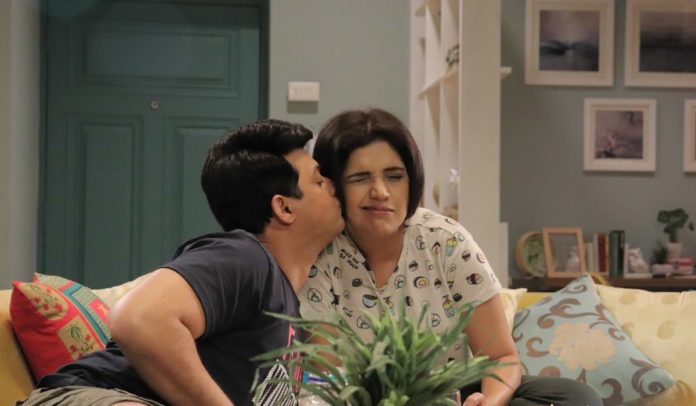 It’s been exactly 8 years since the first Mumbai Pune Mumbai movie released! It made Swwapnil Joshi & Mukta Barve stars of the Marathi film industry. It created a new milestone for rom-com films in Marathi. Then two years ago Mumbai-Pune-Mumbai 2 continued the same legacy & made Gautam & Gauri very close to the hearts of the audiences. And now the series is getting a third film & in such a way it has become the first ever Marathi film series that has a trilogy!

Mumbai-Pune-Mumbai 3 is releasing on 28th September all over the world just as the part 2 film which was also released during Diwali worldwide! It is brought to us by the same team of director Satish Rajwade, producers Sanjay Chhabria (Everest Entertainment) & Amit Bhanushali & of course starring Swwapnil Joshi & Mukta Barve!

The first film in the series was a straightforward romantic comedy that became a part of Marathi pop culture instantly, the second film was more on a serious note as the film dealt with pre-wedding pressure & the overall tension between relationships. It would be interesting to see what does the third film brings on the table, we are sure all the MPM fans too are expecting something out of the box & unique this time!