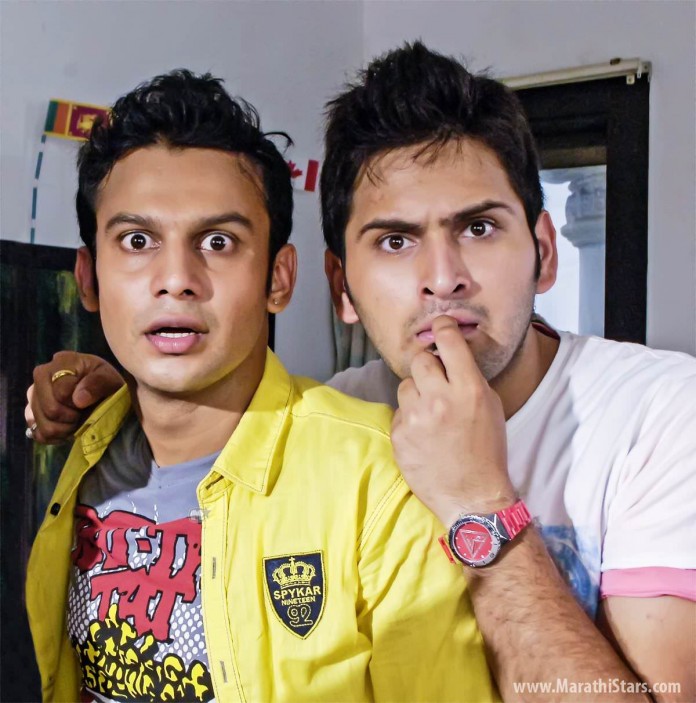 If there is a much hit pair then they keep on coming together again. Then be it a paring of lovers, or brother sister or husband wife or two friends. And similar story of two friends is becoming a hit pair for the last few Marathi films and now the hit pair of Adinath Kothare and Siddharth Chandekar will be seen in Shrabani Deodhar’s film ‘Sata Lota‘ which releases on 5th June.

This film is based on the thinking of the youth of today. And Adinath plays Jai to Siddharth Chandekar’s Veeru reminding one of the iconic pairing in Sholay but in this film they are not Jai Veeru at all but the representatives of the youth today and their pairing which has been liked in the past will surely be liked in this film also. And they are thankful to Sharbani Deodhar for bringing this pairing together again. And the pair is sure that they will be liked by the audiences in their new avatar.

This film produced under the banner of Moving Pictures also stars Makarand Anaspure, Mrunmayee Deshpande, Pushkar Shrotri, and Pooja Sawant and Shrabani Deodhar has also written the story of the film. Shirish Latkar has written the screenplay and dialogues of the film. DOP is Rahul Jadhav. The lyrics are by Srirang Godbole and the music is by Siddharth Mahadevan and Soumil Shringarpure .