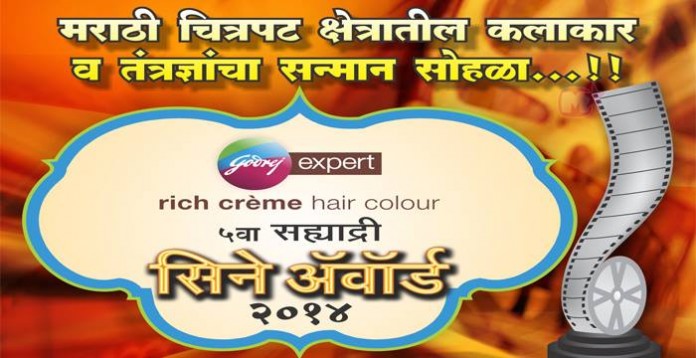 Sumitra and Sunil Sukhtankar’s ‘Astu’, that has won critical acclaim, was adjudged the Best Film. Starring Veteran actor Mohan Agashe along with Iravati Harshe, Milind Soman and an Elephant in a lead role, ‘Astu’, ( So Be It) portrays Indian value system powerfully.

Nagraj Manjule’s directorial debut ‘Fandry’ focuses on romance amidst caste based discrimination. Manjule won the Best Director Award. Earlier, he had won the Indira Gandhi Award for Best First Film of a Director at the 61st National Film Awards instituted by the Government of India.

2014 Marathi Film ‘Yellow’, directed by Mahesh Limaye and produced by Riteish Deshmukh got the special Jury Award. The film that has Mrunal Kulkarni of ‘Sonpari’ fame, in the lead role explores a mother-daughter relationship and developmental disability of a child suffering from Down’s Syndrome.

Information & Broadcasting Minister Prakash Javadekar, who could not be present at the award ceremony due to ongoing Parliament Session, addressed the audience through video link up. He expressed happiness over the strides made by Marathi films and complimented the top performers. “There was time when Marathi artistes had to find work in the Hindi film industry but the trend has changed today. Marathi films like ‘Astu’ and ‘Fandry’ have not only won critical acclaim, but also made wave internationally” the Minister added.