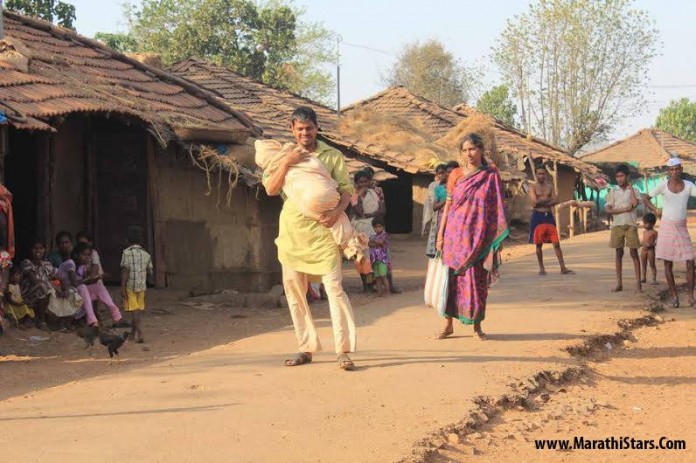 Aakash Dharat is debuting in Marathi film with WAGHI and the film is directed by Sandeep Salgaonkar.

One faces many problems in his life and still we live our life. But there are some parts of society whose journey of life never ends, before death and after death also. WAGHI has back drop of Aadivasi people and film is told through a young girl. We talk about global things, the world has become small and with internet it is on your finger tips. But there is India with in India who does not know anything about modern world and is still backword.

The film also stars Shubhangi Bhujbal and Kavya Mungekar. It has won awards and applauds in film festival. WAGHI will release soon.