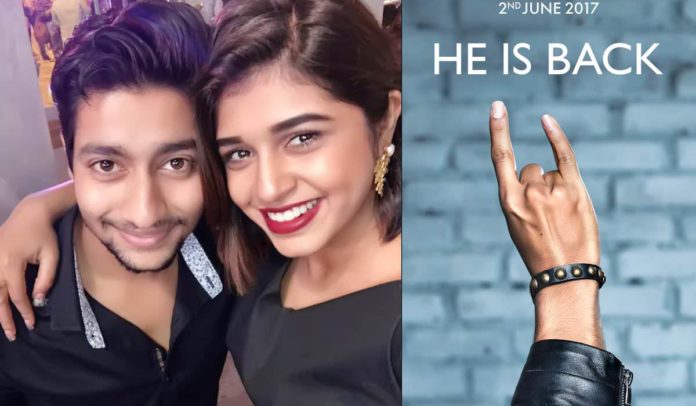 Yes our beloved ‘Parshya’ aka Akash Thosar is back & this time with a new ‘Archi’ Sanskruti Balgude. Mahesh Manjrekar’s upcoming Marathi film ‘FU’ stars Aakash Thosar & Sanskruti Balgude in the lead. The first teaser poster of ‘FU’ was revealed on social media by none other than Bollywood superstar Salman Khan through his official twitter handle.

Salman Khan has sung a song in ‘FU’, being a close friend of director Mahesh Manjrekar he has been associated with ‘FU’ from the very beginning. Recently the shooting of the film was also wrapped up. Actress Sanskruti Balgude revealed this news through her Facebook account. She described working with Mahesh Manjrekar as ‘enlightening’.

On 14th April at 11:35 am you can meet Aakash in the new ‘FU’ avatar. This could also be the first teaser of this highly awaited Marathi film. Post the success of ‘Natsamrat’ Mahesh Manjrekar’s return as a director is also highly awaited by Marathi movie fans.