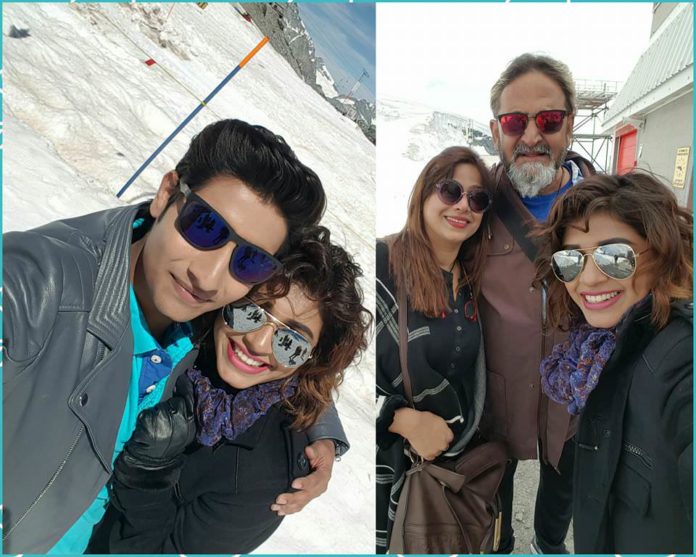 After the superhit success of Sairat, Akash Thosar will be seen in Mahesh Manjrekar’s next movie ‘Friendship Unlimited (FU). The film is about the young generation and their problems. The film also stars Sanskruti Balgude and Satya Manjrekar. The shooting for this film is currently going on at the picturesque locations of Italy. Recently, Sanskruti has shared a video on her instagram account where Akash and she can be seen at a river-side location.

Akash has also posted some pics of him and other cast members with the background of snow-capped mountains and green meadows.

This will be Akash’s second film after Sairat. Akash was a wrestler from a small village from Pune where he was spotted by Manjule. He was cast as a leading man Parashya for his epic love story Sairat. Sairat has already been appreciated by the critics and created a box office history. Akash’s boyish looks and cute smile has already garnered him many female fan following.