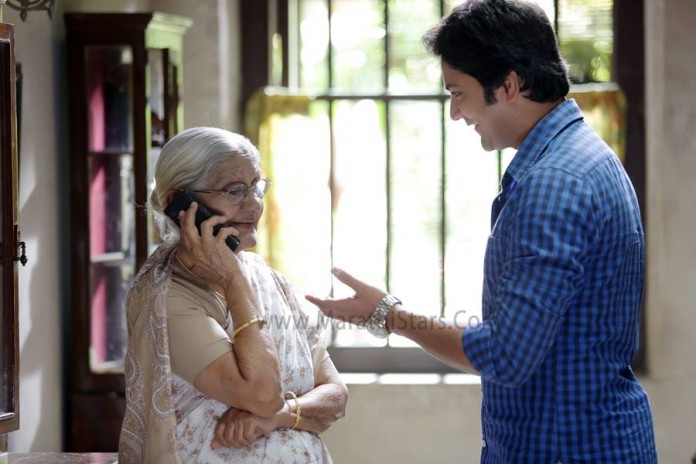 Recently a shooting schedule of Aaji was completed at Veer Savarkar Sabhagruh. This film is about relationships between a grandmother and her grandson. The problems faced by the difference between two generations and how relationships overcome, can be seen in this movie. The film is produced by Pooja Tondvalkar under the banner of AB Corporation and directed by first time director Durgesh Sukhtankar. The cast includes Rekha Kamat, Rajan Bhise, Uday Tikekar, Aniket Vishwasrao, Mahesh Thakur and Tanvi Malpekar.

The story is written by Chinmay Mandlekar. This story was made into a short fil earlier and now being made into a feature film. Music is by Ashok Patki, Nilesh Mohrir and Ashutosh. Vocal are by Sonu Nigam, Shaan and NehaRajpal.