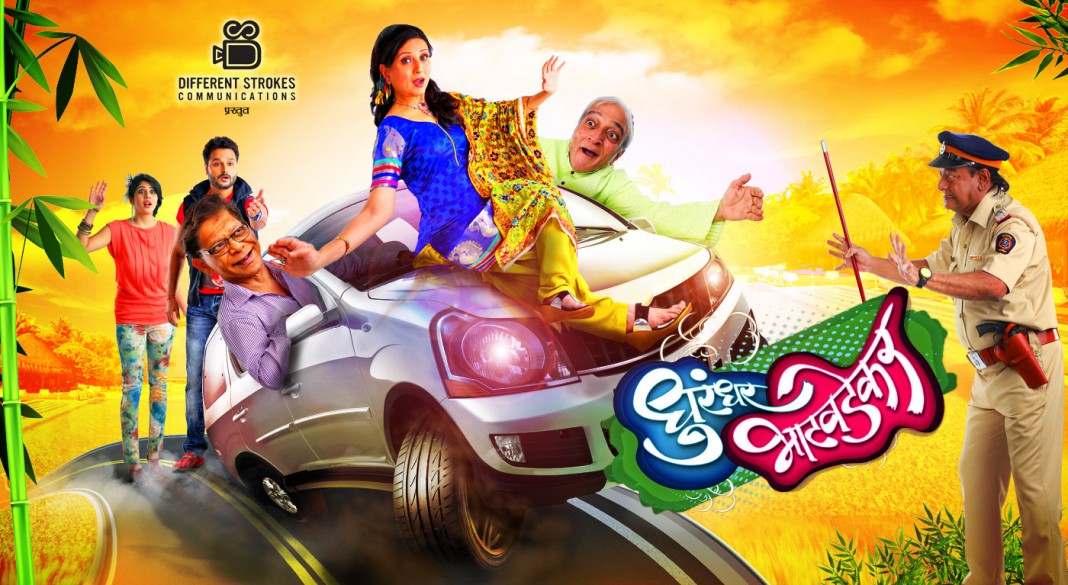 This is very simple concept based on the differences between personalities of people. As such most concepts dwell on exactly this aspect of human relationships. Dhurandhar Bhatawdekar however goes further than merely juxtapositioning personalities. It deals with the interaction of these personalities with situations and events. A small part of the concept is the coming together of two diversely opposite characters and the comedy generated through sheer confrontations. But more importantly the film deals with the manner in which the two central characters deal with situations presented to them in the regular course of life individually and together. The age of the central characters is also such that they are lovable old buffoons and therefore would strike an immediate chord with the audiences.

The setup which uses a well equipped five-star colony for senior citizens as the main location, provides the much needed departure from regular drawing room and office related comedies. Also the set of main characters in the film have a different kind of relationship with each other. This is also a departure from the regular domestic relationships in Marathi Cinema. The possibilities presented by this very strikingly different set of relationships are plenty.

Dhurandhar and Bhatawdekar are diametrically opposite personalities made to live in a room as roommates in this facility administered by an attractive 55 year old Mrs. Damle. Three levels of romances are foreseen with various age groups. A juvenile love track of 20 somethings in the form of Mrs. Damle’s daughter and her fiancé from college, a more regular middle aged romance of Dr. Patkar and the gym trainer Fiona Gonsalves and a very mature romantic triangle of the two central protagonists with Mrs. Damle.

This however transcends into a sort of a Tom and Jerry situation with Dhurandhar and Bhatawdekar pitted against each- other in a romantic battle to get the girl. The rest of the cast supports either one in this battle. The film deals with some pertinent issues of senior citizens as well albeit in a very funny manner. 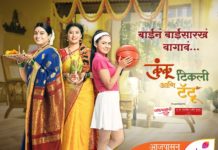