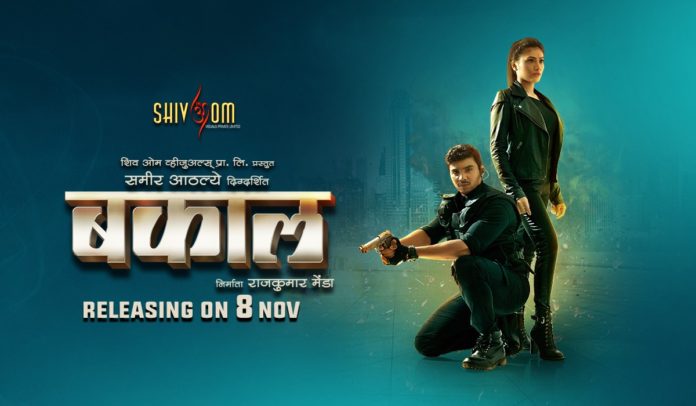 Synopsis : ‘Bakaal’ is a tale about a young man’s struggle and quest to fight against an evil anti-social phenomenon because he has faced it’s disastrous consequences.

In the 80s-90s Vidarbha was under the threat of an evil invisible phenomenon named ‘Bakaal’. Bakaal exploited the region with the spread of drug addiction and rise in many other crimes. The leader of this group was never to be caught by the security forces. But a parallel security force was formed of brave soldiers who fought ‘Bakaal’ and to everyone’s surprise demolished it. Based on this true event and the 139 year old tradition of ‘Marbat’ in Vidarbha director Sameer Athalye along with producer Rajkumar Menda has created a action film of huge canvas which can match the standard of any mainstream Bollywood film!

A young college going Chaitanya and his friends are shattered by the death of their friend due to consumption of drugs. All those friends come together to lawfully protest against the impact of drugs. That is when they are noticed by the kingpin of crime & satanic drug phenomenon ‘Bakaal’. Chaitanya’s father who was a police officer had lost his life fighting against this very ‘Bakaal’, long before Chaitanya was born! Chaitanya’s mother had faced the trauma of loosing her husband yet she is the source of his energy to fight against injustice and she keeps inspiring Chaitanya to fight against ‘Bakaal’. But ‘Bakaal’ tries hard to strangle Chaitanya with different obstacles. But the sharp & smart young man, Chaitanya keeps defying all odds. He even survives a life threatening attack from ‘Bakaal’. But only because of some magical forces working for him! What are these forces that save Chaitanya? How do they keep giving strength to Chaitanya? All the answers to these questions can be found while watching this thrilling action packed entertainer!

In this film the Marathi audiences will be treated to thrilling larger than life visuals and the film promises to be a rare action spectacle that the audiences were in search of since many years!