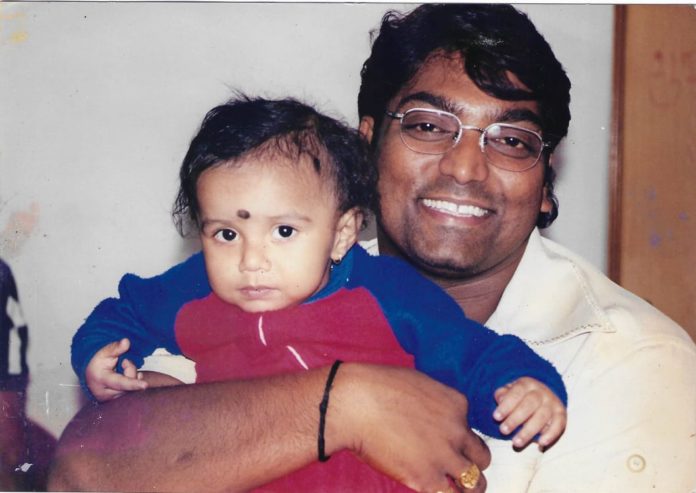 The little kid seen in this photo with popular choreographer Ganesh Acharya is little Chitanya! Today Chaitanya is all set to enter the film industry as an action-dancing star with his upcoming film ‘Bakaal‘. Produced by Rajkumar Menda and directed by Sameer Athalye ‘Bakaal’ is an action packed entertainer that releases in theatres on 8th of November!

Chaitanya was born and brought up in Santacruz, Mumbai in the chawls of Prabhat Colony the place where choreographer-filmmaker Ganesh Acharya was born & brought up too! Chaitanya is the son of Dilip Mestri who has been a friend to Ganesh Acharya and also his assistant for many years! Remembering his old ties with the Mestri family Ganesh Acharya has posted many videos on social media urging his fans to watch Chaitanya starrer ‘Bakaal’ in theatres! 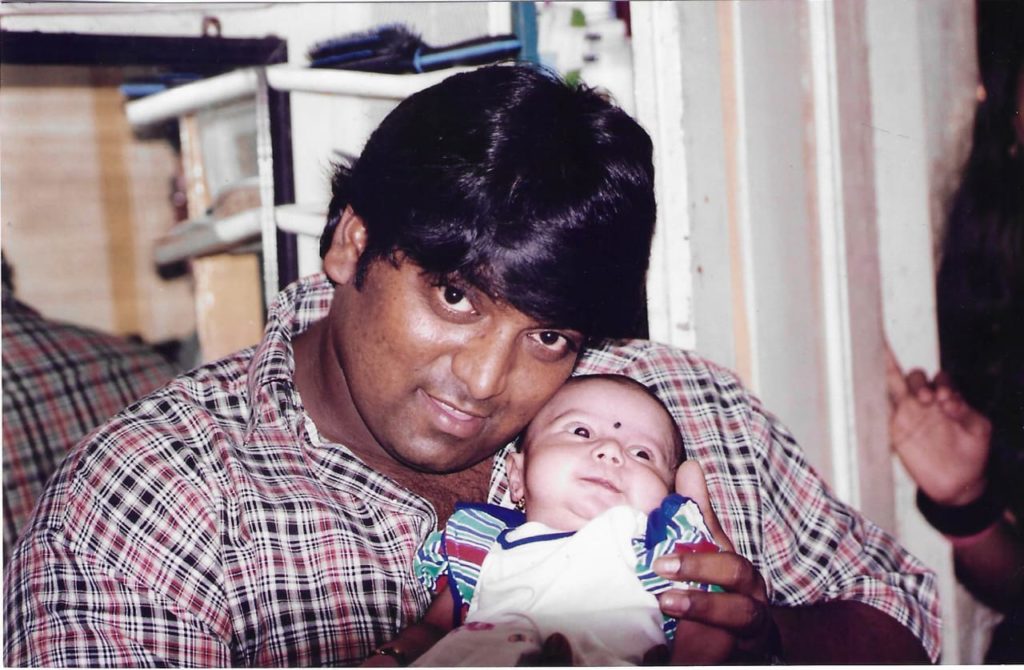 Chaitanya was always a hyperactive kid growing up in the chawls! His naughty antics many a times made others worry! He could indulge into any physical exercises anywhere and would also fight like a filmy hero whenever he would get into a brawl. His parents then made him learn different sports and activities like skating, football, hockey, kick boxing, etc. Dance was already there in his blood through his choreographer parents! So in such a way he became the ideal choice of a young action-dancing star for ‘Bakaal’!

For ‘Bakaal’ Chaitanya has practiced and perfected Parkour jumps, Paragliding, Scuba diving, Single liner skating, rock climbing, gymnastics, body building and other different activities! He has shot for all his stunts on his own! Stunts that include jumping from 7th flour of a building to the terrace of the 3rd floor, doing paragliding in deep water, climbing up the mountain in a waterfall, doing skating on the railings of a bridge, jumping from one building to the other, riding superfast bikes, and man to man combat!

Do witness Bakaal’s larger than life action on the big screen from 8th of November!