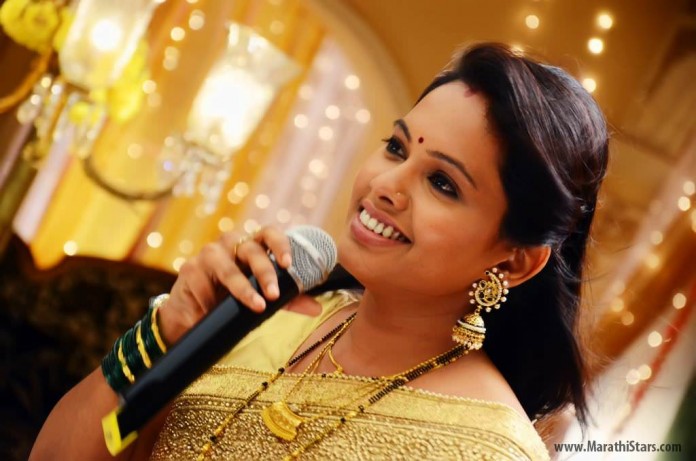 Urmila Dhangar, the pahadi voice had taken music industry by storm after winning Zee Marathi’s singing talent hunt show. With songs like “Mala Jaoo dya na..” “Gulbachi Kali” Urmila has managed to create a niche for herself in the industry. A very soft-spoken singer who believes in her work and prefers to stay away from limelight, Urmila spoke with Marathiistars.com about her recent work and future plans.

Your recently released song “Gulabachi Kali” from Tu Hi Re is becoming very popular. How was this experience?

I was singing for Amit Raj for the first time. When Amit Dada called me for this song, he told me that this is a great wedding song. “Vaishali Tai has already done her lines, and now you have to sing this song.” Sanjaydada was clear from the first day that he wished to shoot this song on the singers as well. This was unexpected for me. I can sing, but acting in front of camera made me nervous. Amit dada said, you have already performed on stage for Sa Re Ga Ma Pa. Similarly you just perform in front of camera. Next day I reached studio and we recorded this song. Vaishali tai has done marvelous job while singing her lines. I liked the tune and the lyrics of the song very much. In Marathi, very rarely see this type of experimentation in terms of voice textures has been done. I am glad that audience has really liked this combination.

We know very well that you can pull off recording part anytime. We would like to know more about your experience about the actual shooting of the song. You are looking stunning in the song.

I truly enjoyed the shoot. I was a newlywed when this shoot happened.

Thanks, I got married in April, and we were shooting this song in May. It really felt nice to relive all those wedding moments with the makeup, saree, jewelry and set design. It felt very special for me. This is going to be such a cherished memory for me.

You are always shy from the limelight, you are hardly seen at the events or parties.

I like to do my work. I keep my maximum attention on singing. I generally record two songs per month. My focus is on singing, so I hardly socialize or go for events. Somehow I never know when the songs are released. While browsing channels I suddenly listen my own voice and then I remember:”oh I had recorded this song way back in months” Many times I record an excellent song, but unfortunately something happens and song is never heard again.

What about your solo albums? Your last album was a smashing hit. 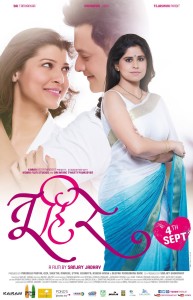 Yes, audience liked Gandh Maticha very much. The songs were composed by legendary Anand Modak and lyrics were by N D Mahanor. This was a great experience for me. Now, I am planning to do something different in the near future.

How your journey as a singer started?

I used to sing since childhood, but never learnt music. I spent my childhood in a chawl at Ulhas Nagar. So there was no chance of learning music. I shifted to Badlapur after my 12th. In college, I started participating in various inter-collegiate music festivals. Though I keep listening various songs and sing accordingly I had no knowledge about nuisance of music. From SY I started learning music from Pandit Achyut Joshi who introduced me to this vast world of music. He made me acquaint with my own voice, style and singing caliber. This change defined me as a singer. 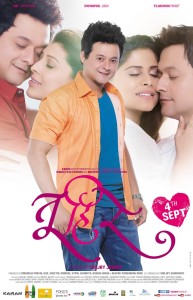 Yes, it was my father who wished to see me on this platform. I had tried for the first two editions of Sa Re Ga Ma Pa but could not get selected. I went to Pune for the auditions for this third edition where I got selected. That time, I just thought that let me sing one song on this platform, then even I am out from the competition that’s ok. However, my first song on this platform was immensely liked by the judges and audience. Dr Salil Kulkarni told me that if I keep singing this way, I will reach new heights. Even Anand Modak called me and told that Yeh lambi race ki ghodee hai. Such reactions increased my faith in myself.

I received so much acclaim, accolades, and blessings through Sa Re Ga Ma Pa. Even before winning this competition, I was established as a singer and I do not have to ask for work. The show helped me reach broader section of the audience. Since then there is no stopping for me. I have sung more than hundred songs. I like to my work with a complete heart and give perfect dedication. I do not want to typecast myself. I would like to do something very different and challenging in the future.

Urmila, Marathistars.com wishes you all the best and thanks a lot for speaking with us about your musical journey.