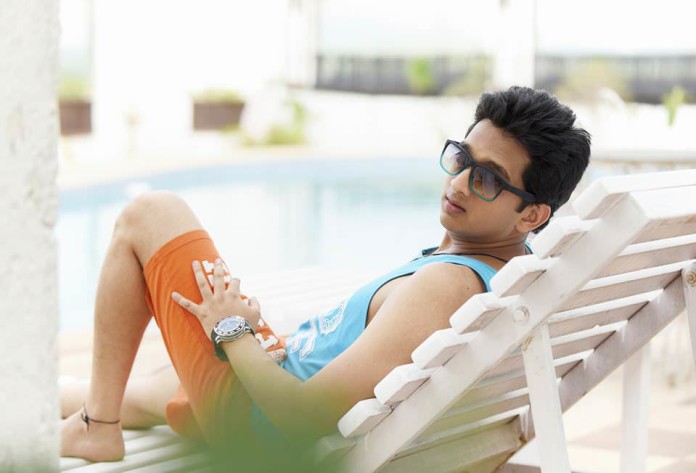 Amey Wagh the famous personality shining star of film industry. He has work in movies like Popat, Yashvanti, Agni Divya, Joshi ki Kamble, Shutter, Ghanta and plays Dalan, Gele Ekvees Varsha, Sangit Maan Apman, Katyar Kaljat Ghusli and English play Bombed and The Government Inspector. He hosted a show named ‘Mrs. Annapurna’ and he is more popular in character of ‘Kaivalya’ from Dil Dosti Duniyadari. KK having more response from his fans. He is very talented actor, take a look at his words…

Recently you host Zee Marathi awards 2015 function. You were awesome in anchoring, To you ‘Congrats Congrats’.
How was your experience of hosting the show?

Thank you so much. This is the big compliment for me. I like anchoring it’s my hobby. But I am so glad that I could host such a big show. Before we complete 200 episodes of 3D they gave us chance to host Zee Marathi Awards. All credit goes to Zee Marathi. Script of Zee Awards Function was written by Aashish Pathare which was very well written and received very good response. It was in trending on twitter. I got a feel of gathering while anchoring as all my peer group was there in and as audience before me and they were encouraging me, supporting me.

Is Kaivalya and Amey having same personality?

We are same but we are different too. The personality of Kaivalya is nearly related to me as well. I am also living with my friends. There is no large gap in me and my character Kaivalya. 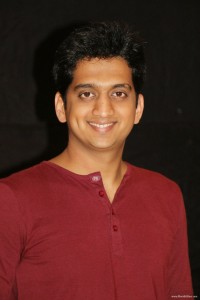 Basically we should know how to manage or adjust. Not only this time, but I have done many plays, even in English also for that play I was at Delhi, Mascot. I can balance the play and serial. Most of all, Dreaming Twenty Four Seven Entertainment, Project Head Nikhil Pratibha Sheth encouraged me this time and helped me a lot. He co-operate so well that I can manage all this.

When will the show of Dalan held in Mumbai?

Dalan play will take place in Mumbai in month of December. Actually we are planning to bring Dalan play all over Maharashtra. We will make announcement once we get ready and everything will be set. Actually dalan was used to held in Mumbai earlier but now we are getting more response because of Dil Dosti Duniyadari success.

Your next project Marathi movie ‘Ghantaa’ is as same as D3 (According to young generation)?

Yes. Ghantaa and Dil dosti duniyadari is based on young generation but Ghantaa has a different Genre. In Marathi film industry the subject of Ghantaa has been dealt with first time. Still no idea about when the ghantaa is releasing but in next year you will surely see the different story of Ghantaa.

Do you think, there is a need of god father to enter in film industry?

No I don’t think so. In today’s situation you really don’t need any god father with you to enter in film industry. If we have talent we will reach on the top. We can work in play, serials. Nowadays Internet is the best medium to show your talent to the world. There are many job opportunities in market or industry. Just keep faith and trust in your work and be ready to work hard.