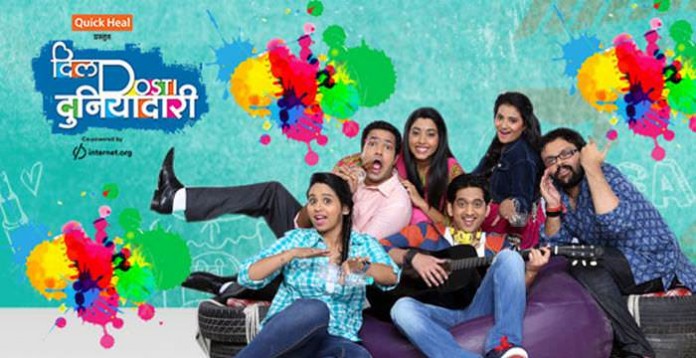 Dil Dosti Duniyadari’ is a journey of 6 friends, all of different shades and colors. Meenal, Anna, Reshma , Sujay, Kaivalya and Aashutosh not only share the same flat but also share their lives with each other.

A friend is need is a friend indeed but does your friend satisfy your need? Meet Sujay, the scholar of the group! He will not miss out a chance to share his knowledge especially when asked. He has an answer to any question that would be posed to him. Wish to enlighten yourself on sneezing precautions? Then watch this serial from 9th March 2015, Mon-Sat @ 10.30 PM only on Zee Marathi.