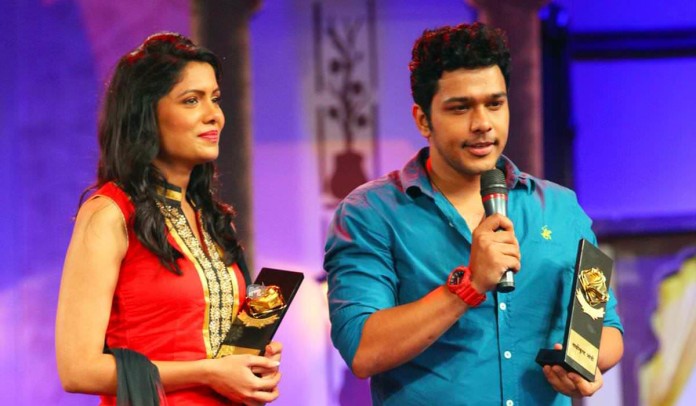 Ka Re Durava serial bagged nine awards including best serial at the recently held Zee Marathi Awards. Best Male character was won by Khandoba (Devdatta Nage) of Jai Malhar and Best Female character was won by Mhalsa (Surabhi Hande) and Banu (Isha Keskar) from the same serial. Best Family was given to Dil Dosti Duniyadari. The star-studded grand event will be telecast on Zee Marathi on 1 Nonmember at 7 pm.

The program was hosted by Ashu (Pushkaraj Chirputkar) and Kaivaly (Amey Wagh) from the hit serial Dil Dosti Duniyadari. The event also had dance performance on super hit songs by various characters from Zee Marathi serials.