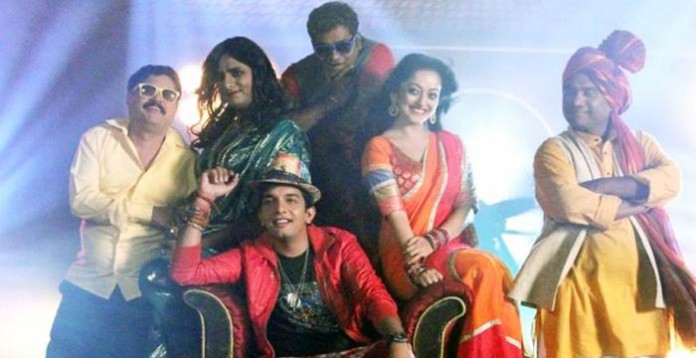 Marathi films have been making good mark on the minds of audiences, yet it is a huge problem for Marathi movie makers to promote their movie to the grass root level. To create a platform for such movie promotions, Zee Marathi had launched a new show titles “Chala Hava Yeu Dya”

The show loosely based on Kapil Sharma’s famous Comedy Night Show. The show will be aired on every Monday and Tuesday at 9:30 pm on Zee Marathi. The anchoring will be done by Dr.Nilesh Sable and Bhau Kadam, Bharat Ganeshpure, Sagar Karande, Priyadarshan Jadhav, Mansi Naik and Kushal Badrike will support him in various roles.

The format of the show will be an introduction and chat with a cast and crew of the upcoming films as a guest. Apart from the promotion of the film, the show will be sprinkled with the antics of these characters’ funny elements.

Zee Marathi has always been attempting to create an environment for Marathi theatre and movies. This show is one more step in this regards