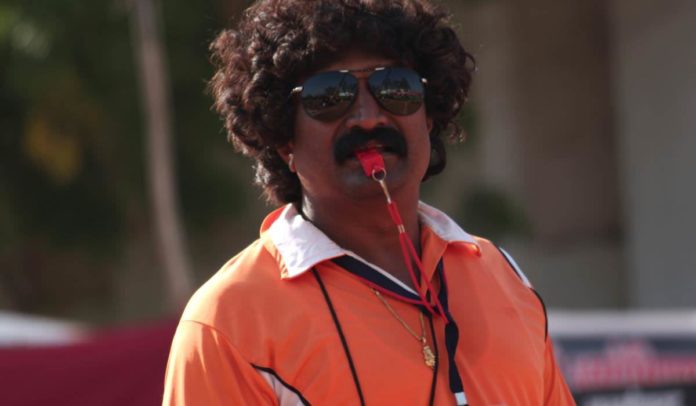 The success of ‘Mulshi Pattern‘ created a new identity for Pravin Tarde. A sensitive writer, star actor, & a high-quality filmmaker Pravin Tarde was once a national level athlete who played ‘Kabaddi’ & ‘Soft Ball’. While the audiences aren’t aware of this, now that side of him can be seen in the upcoming film ‘Sur Sapata’.

Pravin Tarde will be seen playing a Kabbadi referee in this film about Kabbadi! Presented by Lade Bros. Pvt. Ltd, produced by Jayant Lade & directed by Mangesh Kanthale, ‘Sur Sapata‘ is set to release on 21st of March. Pravin Tarde began his career in the industry as a writer with serials like ‘Kunku’, ‘Pinjara’, ‘Kanyadan’, ‘Tujha Majha Jamena’ & later films like ‘Rege’, ‘Pitruroon’ & then becoming a director with ‘Deool Band’ & ‘Mulshi Pattern’.

Thanks to ‘Sur Sapata‘ he got a chance to relive his old college memories when he was an athlete. This film promises to be the biggest sports film made in Marathi especially because of the way it has used the craft of cinema. The film stars national award winning child actor Hansraj Jagtap, Yash Kulkarni, Chinmay Sant, Chinmay Patwardhan, Rupesh Bane, Jeevan Kalarkar, Suyash Shirke & others along with renown Hindi actor Govind Namdeo, filmmaker turned actor Sanjay Jadhav, in a surprising role Upendra Limaye, Anand Ingle, Abhidnya Bhave, Neha Shitole & of course Pravin Tarde!