‘Ringan’ means a circle. In the context of this film ‘the circle of life’. And in this circle of life at regular intervals there is darkness & then there’s light. However as a wise wizard once said, “Happiness can be found, even in the darkest of times, when one only remembers to turn on the light.”

What Makarand Mane (director) succeeds in doing is to motivate oneself to look out for the light. A film that is so relevant to the current disastrous state of our farmer could have gone either ways. One way that was previously taken by a film like ‘Gabhricha Paus’. That way was effective in an opposite way. A depressing end is not necessarily, a depressing message. The marketing strategy of team ‘Ringan’ has strictly been that this film is presenting a solution!

But in my understanding the solution isn’t that simple & hence the positivity that could drive oneself towards finding a solution is what the film actually gives the audience, instead of the solution itself. Beyond this very local context of the film, beneath there’s a universal theme to it. The father-son bond is not new in universal cinema, but ‘Ringan’ is probably the best depiction of the same in the recent history of Indian Cinema. 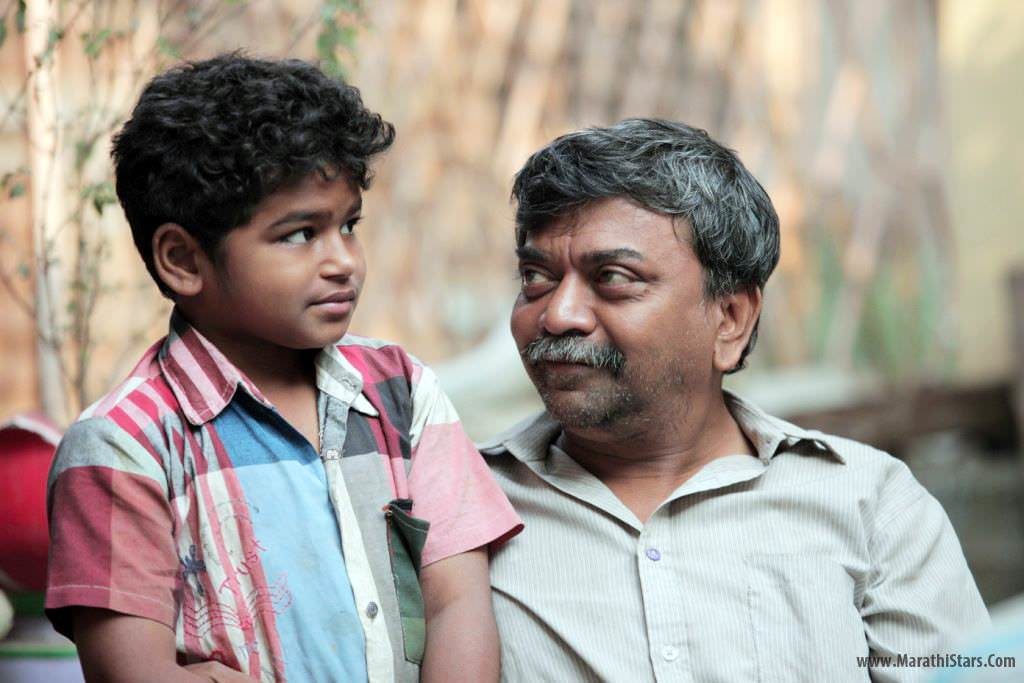 After winning the national award for Best Marathi film two years ago, ‘Ringan’ has waited for it’s time & fortunately or unfortunately it’s releasing in times where we’ve just went through a huge farmer’s strike. But the ‘light’ part is that there’s ‘Waari’ atmosphere all over Maharashtra. Just like ‘Elizabeth Ekadashi’ Pandharpur is an essential part of this film. In one of the dialogues the lead character says to an old man, you & me we’re here because we believe there’s god in Pandharpur! And then the journey suggests us that for finding the god within one must work towards it. Miracles don’t occur on their own, one must create one’s own miracle!

Shashank Shende is absolutely brilliant in the film. His silence speaks louder than his words, & those magical eyes! The little kid Sahil Joshi is a true find. He compliments Shende beautifully. Abhay Mahajan too does the ‘good guy’ part soulfully. Kalyanee Mulye is seen in a surprising role & has done justice to it. Most of the film was shot with a hidden cam & many a times you can actually sense normal people present at that place in the frame. The film has been shot beautifully & the editing too is top notch. The background score too needs a mention. The songs & background are so immersed in one another that it’s difficult to recognize them separately. Ringan is an extremely rare ‘complete’ film that can interest all kinds of audience. It also proves that to make a good film ‘budget’ can never be an issue. The Marathi audiences too have consistently proved that they are not expecting lavish sets, locations or prosperity to be seen in Marathi films. There are lot of other Hindi & South films that can serve them that, in Marathi they look out for a human connection & ‘Ringan’ makes a connection instantly.

With nothing exciting to watch among the Hindi releases ‘Ringan’ has a bright chance of pulling a good amount of audiences. Earlier in the month we had ‘Muramba’ which proved Marathi audiences definitely have a great taste for good content.

Ringan is a must watch! It’s probably the best Marathi film made in years! The best aspect of it is that even after being universal in theme & approach the heart of it is very ‘Marathi’!