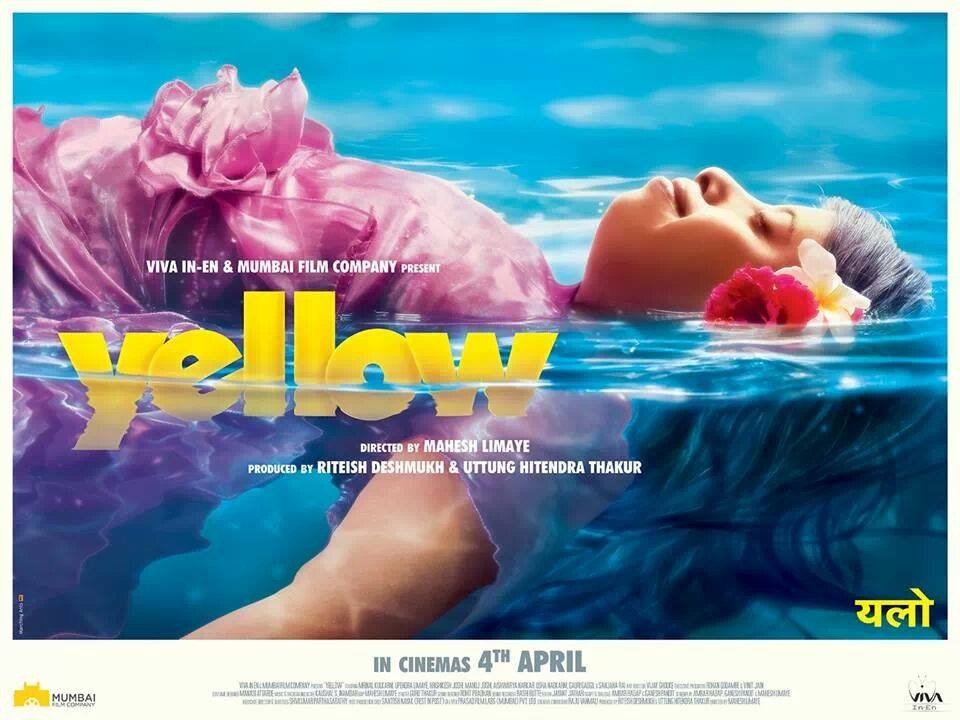 The film revolves around Gauri (Gauri Gadgil), who is a special child for having Down’s Syndrome. Despite her condition, her mother (Mrinal Kulkarni) is hopeful of Gauri succeeding in life. But at the same time she is tensed and anxious about her future. Gauri’s father, however, is ashamed of her. After he rudely rejects her, Gauri’s mother breaks-up with him and relocates to her brother’s (Hrishikesh Joshi) place forever. Later on, Gauri’s life starts changing after she joins a ‘special’ school and slowly develops an interest towards swimming.

A film revolving around a patient suffering from Down’s Syndrome obviously sounds depressing or, at least, too serious. But it takes director Manish Limaye’s just first effort Yellow  to prove that even a film dealing with such a subject can be told through continuous flow of delightful and humorous moments. But having said this, it also does complete justice to the subject by being an inspiration for its sufferers and their parents. 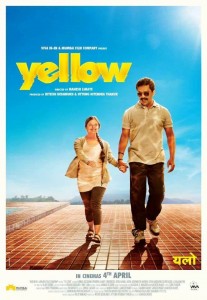 To talk about the plus points, they are aplenty. In fact, Yellow  is one of the rarest films to score brownie points in every department. Talking about the writing, Kshitij Hitendra Thakur, Ambar Hadap and Ganesh Pandit have achieved brilliance. To narrate a story of a child suffering with such condition in such a light-hearted manner while making sure the focus isn’t shifted even a bit is something special. The conflict aspect later on too is interesting.

But the subject is such that it requires some skillful and mature handling by the captain of the ship and that is exactly what Manish Limaye does. And to see him carry out such a task in his very first film as a director is a remarkable achievement. Although it is difficult to list down few memorable moments, Gauri’s scenes with her uncle and coach (Upendra Limaye) deserve special mention.

It is very difficult to find a flaw from Yellow. You can only point out that the tragedy fallen upon a cameo character should’ve been avoided as that sub-plot gets no place later on. Also, the film could have been told in a shorter duration.

The song ‘Special’, sung by Apeksha Dandekar and composed by Kaushal Inamdar, is soulful and it perfectly suits the subject. Inamdar’s background score too invokes the right effect. Manish Limaye has shown his skills as a cinematographer too, especially during the swimming competition scenes.

The film rides high on performances. Gauri Gadgil is outstandingly heartwarming! She had a very difficult task but she carries it out effortlessly. The girl playing the younger Gauri too is excellent. Upendra Limaye displays his acting prowess in a first-rate performance. It is also good to see him play a non-rural character for a change. Mrinal Kulkarni gives a performance that moves you.

Hrishikesh Joshi is just lovable due to the comic timing he brings in even during serious moments. Manoj Joshi brings in the right emotions while playing Gauri’s father. Aishwarya Narkar too plays her part well. Usha Nadkarni is excellent in a cameo.

Yellow  is simply a must-watch. It has the potential of being a box office winner. With the makers providing English subtitles, the non-Marathi crowd too will chip in once the word spreads.