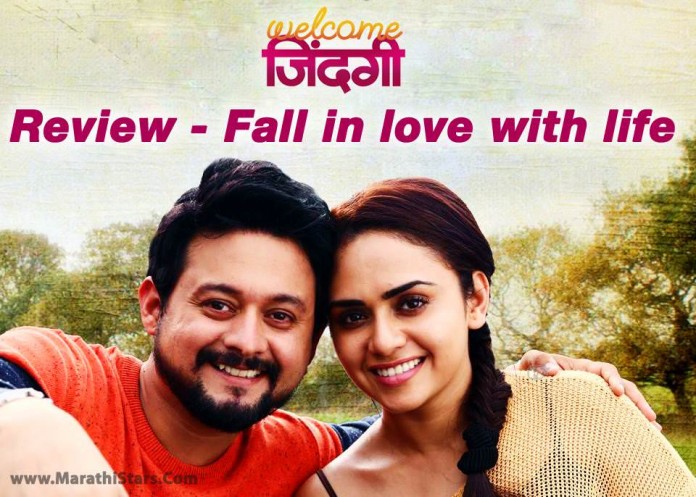 When your concept is not only interesting but also heart-touching, more than half of the battle is won as far as audience’s satisfaction is concerned. But this is not the only goodness on offer in debutant Umesh Ghadge’s Welcome Zindagi. The film is thought-provoking, entertaining and something that will nudge you to start loving your life.

Welcome Zindagi revolves around Meera (Amruta Khanvilkar), who is doing well in her professional life as a journalist in Pune. However, her personal life is in complete disarray. Her mother, whom she dearly loved, passed away five years ago. Following this, Meera’s father got married to the woman the former hates (Rajeshwari Sachdev). If this wasn’t enough, Meera’s fiancé cheats her, which forces her to break her marriage.

Now, Meera struggles to find a single reason to stay alive. Hence, she decides to commit suicide. Just then, she meets the happy-go-lucky and bindaas Anand Prabhu (Swapnil Joshi). He runs an organization that trains people on how to perfectly commit suicide with the name of ‘Happy Ending Society’. He urges Meera to enroll for the course to be well prepared to end her life. After some hesitation, she agrees. 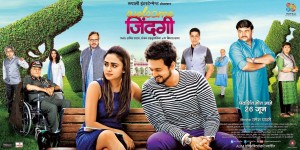 As aforementioned, the biggest strong point of Welcome Zindagi is its basic plot. It is something that a lot of city-dwellers, who are victims of materially easy but practically empty lives, would relate with. The film has a timely and heart-warming message for them. But this is achieved without being preachy and while providing some light-hearted entertainment.

The idea of providing training to potential suiciders is funnily shocking. This point threatens to take the proceedings on the redundant path but, thankfully, it only remains a threat as the grip is hardly lost ever.

But it is the major twist during the ending moments of the second halfthat takes the satisfaction to a higher level. It gives a strong message without saying anything and provides an overwhelming feeling as you leave the cinema hall.

But while you leave, you can’t help but think of a couple ofquestionable incidents in the first halfand the sequence of an event in the second half that forms a major story development. These points, however, won’t trouble you much.

The songs go well with the theme and are used wisely, without providing any scope for a loo break. DoP Prasad Bhende has captured simple scenes artistically, especially the sequence where Anand and Meera are traveling in an open jeep. The background score generates the right effect, although it’s loud at times.

Swapnil Joshi is once again lovable in a tailor-made role. He has performed a well-sketched character with his trademark charm. Amruta Khanvilkar gets plenty of scope to showcase her acting prowess and she does that very well. Rajeshwari Sachdev and the actor playing Meera’s father are decent.The actor in the role of Meera’s fiancé does an average job.

Welcome Zindagi is a heartwarming affair that also entertains. However, it is truly sad to see such low-key promotions for the film. This might stop the film from a wider impact, which it deserves.