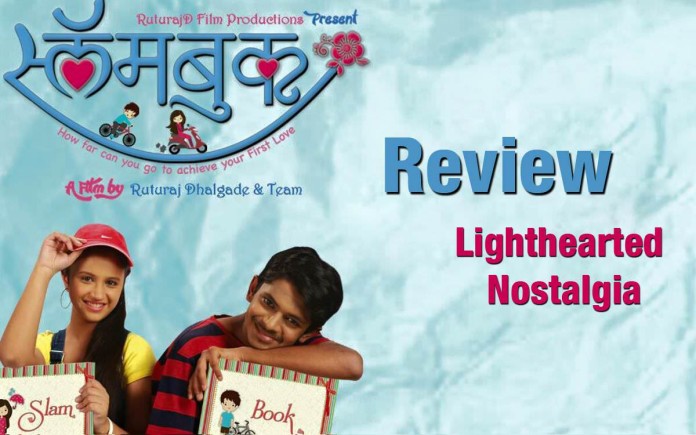 In today’s era of Facebook, the mention of Slam Book brings a dose of nostalgia and so does Ruturaj Dhalgade’s movie of the same name. Slam Book is a heartwarming and entertaining take on teenage love of the bygone era. Yes, 15 years ago is a bygone era since the world around us has changed drastically since the arrival of the internet at the start of the new millennium.

The film is based in the year 2000 in Aurangabad, where Hruday (Shantanu Rangnekar) is staying with his maternal uncle and aunt. A new family shifts to the house opposite theirs. Hruday instantly falls for the young girl from the family, Aparna (Ritika Shrotri). He is encouraged in his pursuits by his maternal grandfather (Dilip Prabhavalkar). Will Hruday succeed in winning his love? 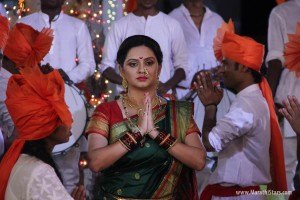 Slam Book is an example of a sweet and lighthearted tale oozing simplicity and honesty. Normally, such tales are narrated in a span of two hours but Slam Book goes beyond. However, you don’t feel the length due to a smart screenplay and witty dialogues thereby providing light-hearted entertainment. The film shows that even the simplest of situations can provide lot of laughter.

The basic tale over here has a lot of similarities with Ravi Jadhav’s Timepass. The characters and situations also look inspired from them. But, apart from treatment, there is a difference between both the films. Slam Book is a more sensible take on teenage love. However, the film falls short of being superlative.

Apart from being predictable at times, the ending portions don’t provide the kind of satisfaction one expects after such an interesting ride. Something appears amiss. They could have at least solved one misunderstanding (can’t reveal more to avoid spoilers). The music contains some simple and soft romantic numbers complement the theme. The track ‘Morya’, featuring Shruti Marathe, is also impressive. The camerawork and background score go well with the simplicity of the content.

Shantanu Rangnekar displays the right mannerisms and behavior needed from a mischievous love-struck teenager. Ritika Shrotri is adorable as Aparna. Dilip Prabhavalkar is once again reliable. Siddharth Menon, playing the elder Hruday, shows a lot of maturity. He deserves to be seen more. The same can be said about the girl playing the elder Aparna. The rest of the actors provide good to decent support.

Slam Book can be seen once for the nostalgia it provides. With not much hype, the film needs urgent word-of-mouth to make any mark at the box office.