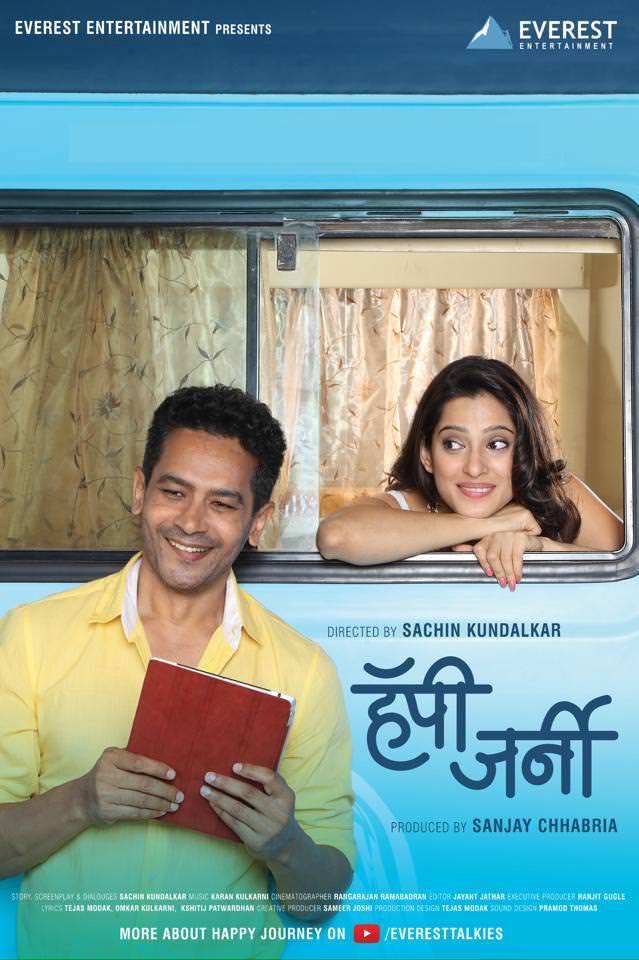 The title of Sachin Kundalkar’s Happy Journey is misleading, but in a good way. The film actually is a very happy journey; one which forces you to introspect and question yourself while you are filled with delight. It is yet another contemporary Marathi film with an international appeal.

After the initial few minutes, anybody’s obvious guess would be to see the film head into an obvious, particular direction. However, not only are we proved wrong but we are also dished out a huge surprise or a pleasant shock, if we can call it, in terms of the basic plot. The subject is way different form what we have seen in the promos, where the makers have smartly hidden it.

To simply put it, the storyline is unique. This itself is the biggest plus point. But the end result was possible due to Kundalkar’s mature handling of a sensitive subject. As the journey moves ahead, various layers are unveiled, which make you think a lot by just the visual medium. In other words, the film says a lot without saying much. Of course, there are emotional and, on few occasions, tear-jerking moments but they are in no way depressing.

The subject is such that it also has its share of flaws. There are few other questionable moments too, especially in the second half, where the pace also dips a bit. Thankfully, these issues don’t play spoilsport.

DoP Rangarajan Ramabadran has spectacularly captured the beautiful locations of the Konkan region. His work plays a large role in creating the desired effect. Karan Kulkarni composed tracks are soulful and they go perfectly with the situations.

Atul Kulkarni is easily one of the finest artists of the era. So it doesn’t come as a surprise that he delivers yet another outstandingly believable act while playing a complex character. But the scene-stealer is Priya Bapat. You just can’t stop adoring her due to the manner in which she gets her act right. Pallavi Subhash once again shows signs of talent. There is some issue with her Marathi pronunciation but it might be deliberate to go with her Catholic background.

Veteran artist Chitra Palekar returns as an actor after 32 years with this film. Despite having just a couple of scenes, we can say she has made a terrific comeback. Shiv Subramaniam too leaves behind a mark in just a single scene. Suhita Thatte, Madhav Abhyankar and Siddharth Menon play their respective characters perfectly.

Happy Journey is an example of a modern tale, which is high on content. Given the end result and the presence of big names, the film will score well at the box office.