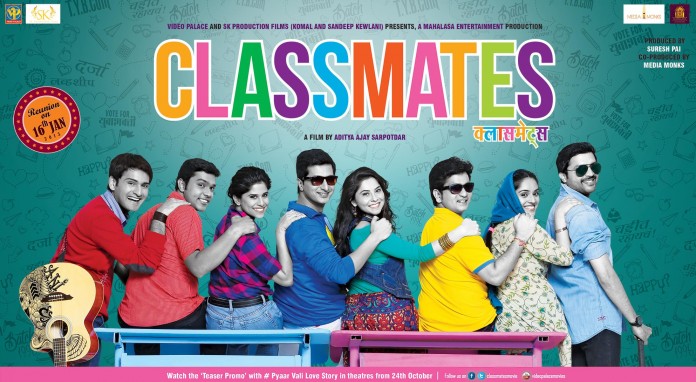 Director Aditya Sarpotdar’s Classmates focuses on a group of college friends and their life after college. Such a subject instantly reminds you of Sanjay Jadhav’s Duniyadari. Funnily enough, Classmates turns out to be like a remake of Duniyadari, with the additional elements of political war and suspense woven into the main plot. In spite of this, the film keeps your interest alive only to dish out some disappointment in the end. 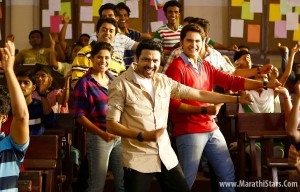 Just a couple of minutes into the film and you get a déjà vu about Duniyadari. As the minutes roll by, you get a scary feeling that you are being re-served the 2013 blockbuster in a new bottle, not only in terms of the basic scenario but also the traits of two or three main characters. Thankfully, inclusion of political and mystery angles make sure it is not a complete remake.

These elements do lift the film as it keeps you guessing till the end. Sarpotdar’s manner of presenting various twists and their timing ensure dramatic thrill regularly. However, the final twist and conclusion isn’t much convincing, although it takes you by surprise. You feel there is something amiss. Plus, the final scene brings back memories of Duniyadari. The film also suffers from being dragged in the second half. Its high length of 153 minutes isn’t justified.

Music (Amitraj, Avinash-Vishwajeet, Troy-Arif, Pankaj Padghan) plays an important part as the songs suit the situations and prove to be hummable. The camerawork and background score are also as per the need. 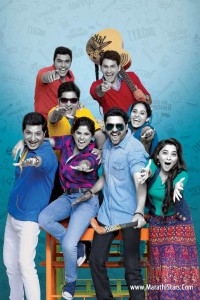 As for the performances, the film mainly belongs to Siddharth Chandekar, who perfectly gets into the skin of his character and provides a mature act. Ankush Choudhary too packs a punch but his character is very similar to the one he played in Duniyadari. Sai Tamhankar proves to be effective once again in two starkly opposite characters.

Classmates is an average college film. Its similarities with Duniyadari will also go against it. Due to a good amount of publicity, the film will do well at the box office in the first week.