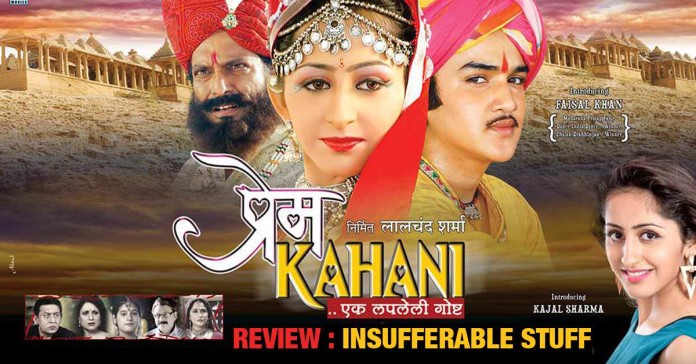 Some films find it difficult justify their existence. They are so bad that you wonder what the people behind the film were even thinking while making this film. Prem Kahani is one such film.

It is a story of reincarnation – a done to death subject. We have had reincarnation stories as long as one can remember. Prem Kahani does not attempt to do anything new with it. The sole purpose of the film seems to be launching of Kajal Sharma who plays the lead role of Sonal – a college going girl getting strange hallucinations. But, to our misfortune, Kajal Sharma is a terrible actor to put it mildly. And it does not help that the director is hell bent of taking close ups of her. The camera instead of trying to cover up for her obvious lack of acting talent is happy with her expressionless face occupying the entire frame.

The love story in the ‘Prem Kahani’ does not begin before the second half. Kajal who is obsessed with Rajasthani folk art seems to have some uncanny connection with the state. Her doctor advises her to go on a trip to unwind her mind. And, rather predictably, she and her friends choose to go to Rajasthan and that is where the love story unfolds on screen in flashbacks.

The film is riddled with clichés all over. The staging of the scenes is amateurish, not to mention unintentionally hilarious at times. Despite the second half being entirely set in a scenic locale like Rajasthan, you have to make an effort to focus on the film. At some points the film gets so unbearable that you have an urge to pull out your hair. The desperate attempt to put some horror element in the film with ear deafening music makes you feel like walking out of the film.

An unbearable film which finds it difficult to justify its own existence. 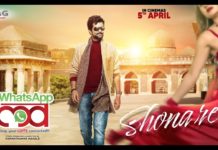 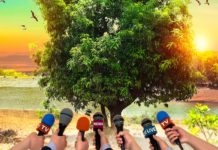