Swapnil Joshi Starrer ‘Mogra Phulaalaa‘ has received very good response from the audience. The film is doing very well in the theaters in Mumbai, Thane, Pune to watch the family drama, which has been subtly narrated. The film registered the business of Rs 37.5 lakh on the first day of it released, followed by Rs 56.2 lakh on Saturday, the second day of the release. Despite of the much hyped cricket match between India and Pakistan on Sunday, June 16,  the film registered the business of Rs 51.5 lakh. The business for first three days was pegged at Rs 1.45 crore.

The response to the film has compelled the producers to increase the number of shows in multiplexes and theaters says Arjun Singh Baran and Kartik Nishandar of GSEAMS Films. Directed by Shrabani Deodhar who has made cult classics in Marathi cinema like ‘Lapandav’ & ‘Sarkarnama’. The film marks debut of Sai Shakti Anand into Marathi cinema who had been seen in popular Hindi serials. 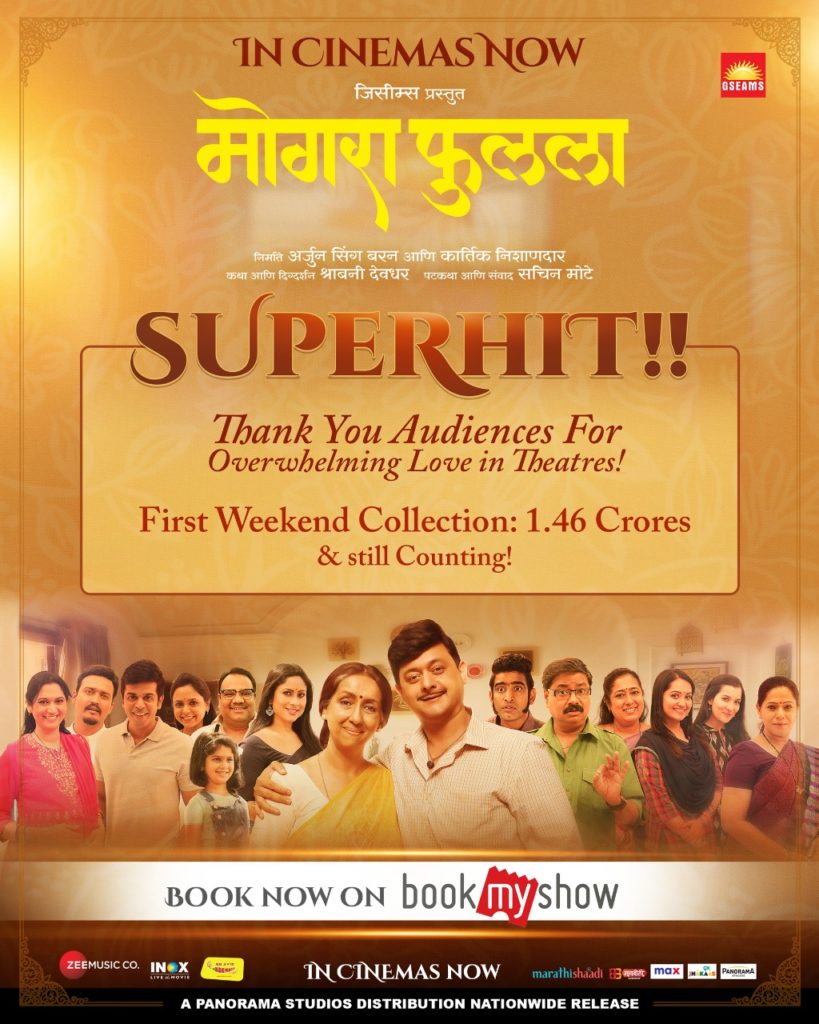 Leading actors from Marathi industry Nina Kulkarni, Chandrakant Kulkarni, Anand Ingale, Sandeep Pathak  too have contributed to the rich production values of the film. Mother played by Nina Kulkarni resembles with the great character of mother played by other noted actresses on silver screen. Award winning director Chandrakant Kulkarni has tried his acting skills after a long period in this film by playing character of Swwapnil’s uncle. Shankar Mahadevan, Bela Shende, Jasraj Joshi and Rohit Raut have sung the songs composed by Rohit Raut and penned by Abhishek Kankhar. The film will be remembered for decades, undoubtedly, owing to the great story, appealing concept duly supported by leading actors and ear soothing songs.