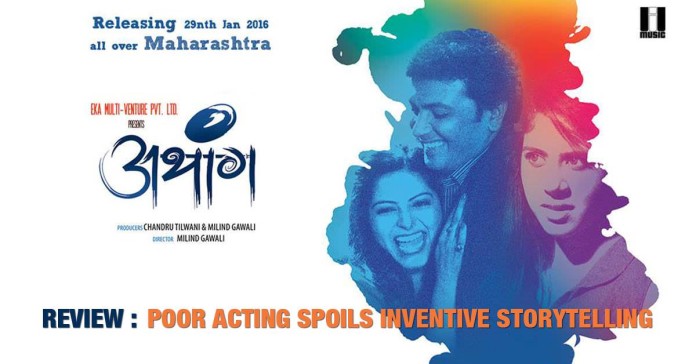 It is debatable how much you can get inspired from a particular film. What is the line beyond which it would be unethical? If you can ignore this debate, Athang by debutant director Milind Gawli is not a bad film. 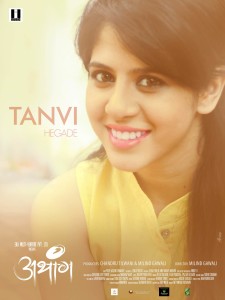 The film begins with Shilpa (Tanvi Hegde) buying a rose for a cardiologist she has fallen in love with by the name Dr. Sardesai played by Milind Gawli. Tanvi is a promising art student and is so obsessed with her feelings for Sardesai that she has made numerous portraits of him. He is almost twice her age, married and also expecting a child soon. Tanvi, however, is convinced that Sardesai loves her back. But we as viewers are not fully convinced and therein lies the crucial element of the film. In the second half we witness the same events unfolding but from the point of view of Dr. Sardesai.

The decision to narrate the plot from two perspectives is certainly novel for marathi cinema, but rather unfortunately it is directly lifted from the French film ‘He loves me, he loves me not’. Now, I haven’t seen the French film, but one look at the Wikipedia entry lets you know that Athang has been ripped off from it. 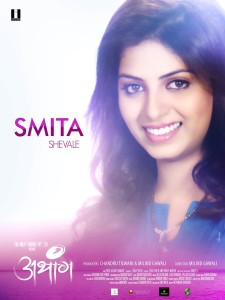 But, Athang, despite its inspiration does not turn-out to be a film that holds your attention during its whole duration. The main trouble here is the poor performance by Tanvi Hegde. The camerawork, music and production design too are ordinary, but a solid performance by Tanvi would have made us overlook all these aspects. Shilpa is a complex character with rather sinister dark shades and Tanvi does not seem up to the challenge. Milind Gawli as Dr. Sardesai is a little more believable and his scenes with Smita Shevale are quite good. The second half thus turns out to be lot better than the first, a rare instance in Indian cinema for sure. But the film cannot shake of the rather TV drama like feel to it all. The staging and shot taking also remind of the marathi cinema of the 90s.

Despite the directly lifted but nevertheless interesting way of narrating the plot, Athang works only partially because of some poor acting and some ordinary technical aspects.