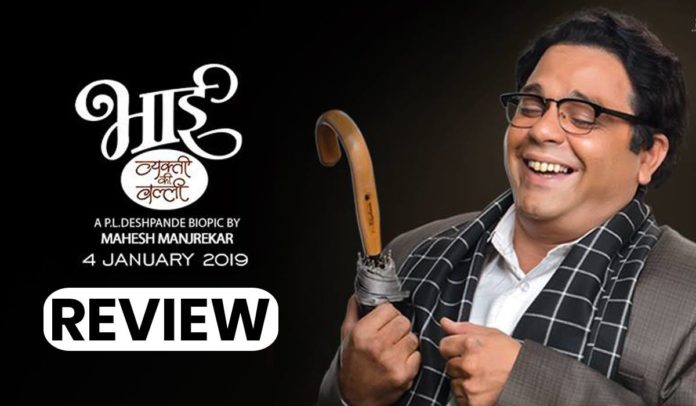 Quick Viewpoint: Bhaai – Purvardh is a refreshingly simplistic biopic. It needs to be judged in totality after the second part comes out, but as of now the first part makes us fall in love with Pu La – the human being all over again!

Final Verdict: The second part of the film releases in February, which seems to capture the phenomenon of Pu La the famous ‘artist’ more specifically, this first part is more about Pu La – the human & his way of life. The film captures his human essence exactly in the way his humor used to be, full of life loving sweetness!