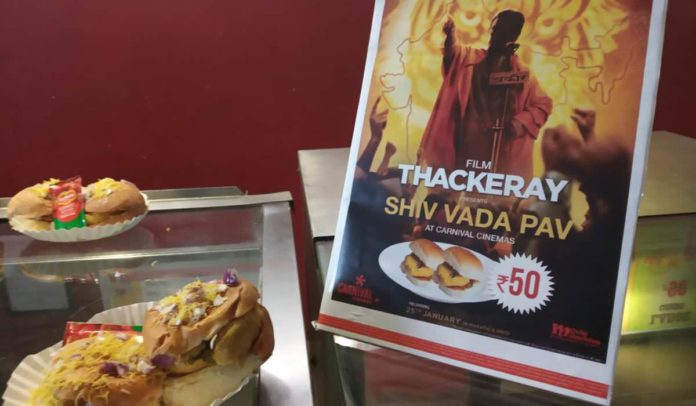 Just some time back there were disputes over the price of food items sold at multiplex theatres! A popular lady writer even wrote on twitter implying & mocking that should we expect multiplexes to sell vada pav! Well now the lady must be shocked as ‘Vada Pav’ is being sold at multiplexes! That too no ordinary ‘Vada Pav’ but the ‘Shiv Vada Pav’! 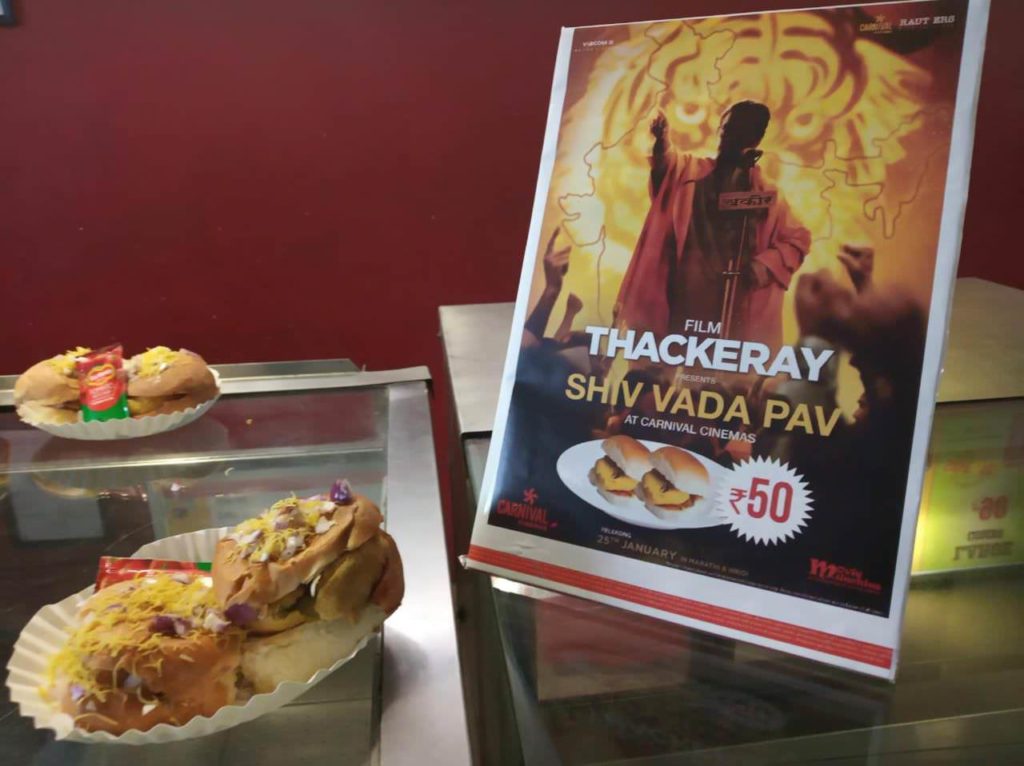 Thackeray releases in theatres on 25th January in Hindi as well as Marathi. ‘Carnival Cinemas’ is associated with the film & are one of the producers! Hence they have introduced ‘Shiv Vada Pav’ in their food & beverages section!

Launched by Balasaheb Thackeray and the patrons of Shiv Sena Party, Shiv vada pav was launched in 2009 for generating employment for Maharashtrian youth. The trailer of the much-awaited biopic on Balasaheb Thackeray has already created storm across verticals, Carnival Cinemas, on the other hand, takes pride to introduce Shiv Vada pav into its business plan. 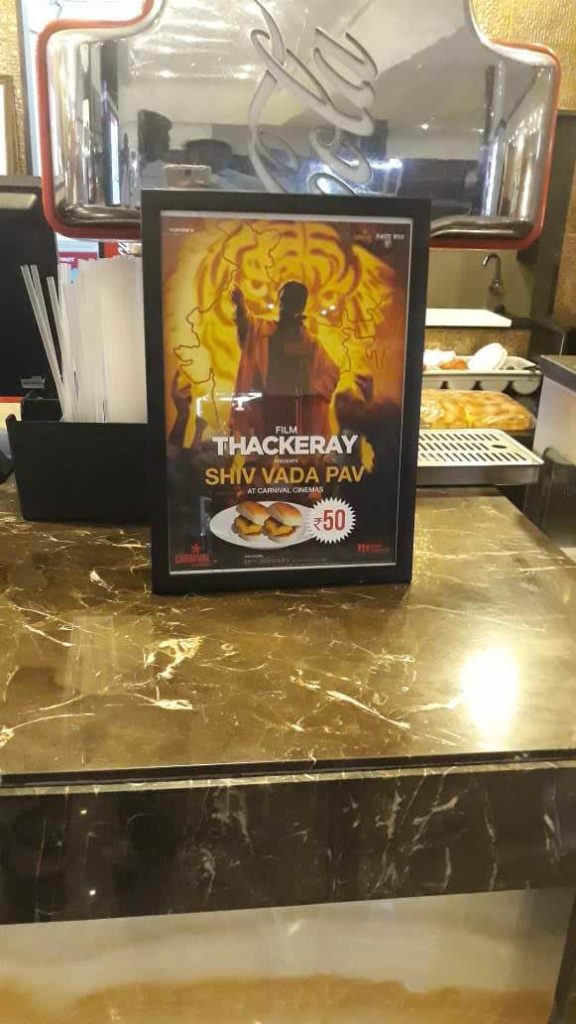 ‘Thackeray’ narrates the life journey of the Late Balasaheb Thackery who like a true leader fought for equality for his fellow Maharashtrians. He initiated Shiv Vada pav teaching the unemployed youth how to make the vada pavs and earn living for themselves. Carnival Cinemas now have these vada pavs available at its FNB (Food and Beverages) counters and is thrilled by the association with the brand ‘Thackeray’.