Milind (Abhinay Sawant) and Shweta (Rutul Patil), a married couple, are out of Mumbai for the former’s business-related outing. But Milind’s meeting with a client is cancelled so he decides to return to Mumbai with Shweta. While they are on their way, they bump into their friend Vishal (Ashutosh Patki), who persuades them to visit his farmhouse over the weekend.
This is actually a planned set-up for someone’s murder. A random character Raj (Sumedh Gaikwad) also becomes a part of the scheme of things. After the crime is committed, circumstances force the Chief Justice (Mohan Agashe) to hold a special jury that consist the Public Prosecutor (Nirmiti Sawant), a psychiatrist (Renuka Shahane), the defense lawyer, the accused (?) and few others.

sychological suspense thrillers are hardly been explored in Indian cinema, leave alone Marathi cinema. Debutant director Prasad Acharekar not only explores the genre but does it quite satisfactorily. Although few issues stop the film from being superlative, there are enough thriller and suspense elements to keep the lovers of the said genre interested. 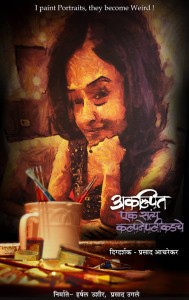 The non-linear narration takes a while to be friendly with you. But once the plot is established, there is no looking back as the proceedings grip you with some regular dose of thrill, surprise, intrigue and humor. The crazy antics by the character of Raj also play a big part in it. The timing of such instances play a large role in generating the desired effect and this is also where the writers get it right.
The jury scenes in the second half also help in generating interest and curiosity. But it is the all-important climax, where the main twist is revealed, that doesn’t create the effect one expected from it. The twist manages to become convincing but it should have been explained further as to how it exactly took place. The film also few other negative points – [a] Characters regularly speak loudly against someone who is in the same house. [b] A not-so-rich character stays in a posh, expensive bungalow and [c] few other flaws and some performance-related issues.
Saurabh Bhalerao’s background score, although too loud at times, plays a large role in creating the desired effect. Cinematographer Neeshank Mathure too leaves his mark by adding to the thrill. The editing is sleek and as per the requirement.
The performances could have been better. Abhinay Sawant provides a good act while playing the difficult role of Milind. However, it is surprising to see him underplaying his emotions in a scene where he should have been utterly shocked. Debutant Ashutosh Patki, in the role of Vishal, does well, except on few occasions. Rutul Patil, another debutant, is decent as Shweta although she struggles few times. 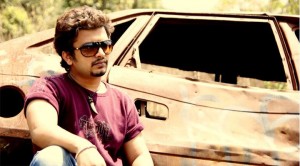 Another first-timer, Sumedh Gaikwad is the scene stealer with a lovable act. He does struggle with his pronunciation though. Dr. Mohan Agashe plays his part well but he doesn’t get much scope. Nirmiti Sawant, Renuka Shahane and the rest of the supporting actors play their parts well.

Akalpith is worth watching for those interested in savoring an engrossing psychological thriller. Due to some low-key promotions, it needs some revolutionary word-of-mouth to make a mark at the box office.