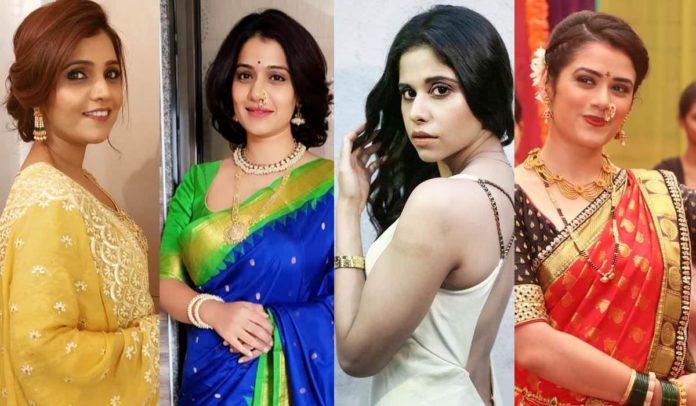 After seeing the stories of Chhatrapati Shivaji Maharaj & Sambhaji Maharaj over the years in different serials, plays & films we are now finally getting a chance to know more about the one great mother who created these kings & made them brave from their childhoods! Jijamata! We have seen actresses like Mrunal Kulkarni & Prateeksha Lonkar play her role in different films and shows before but now a brand new serial is all set to commence on Sony Marathi titled ‘Swarajya Janani Jijamata’!

Audiences and the whole entertainment industry is all excited for this new serial & are eager to know which actress will be playing Jijamata in this serial! These are the 5 actresses out of which we think one would be starring in this serial!

Mukta Barve has always proved her credibility as an actress over the years through her diverse performances. For an actress of her calibre returning back to T.V. has to be very special & hence we believe she would be perfect in the role of a strong yet soft hearted Jijamata!

Another solid actress who has taken a break from acting for some time now & hence we feel this would be the right role for her to be back in audience’s eyes!

A true blue modern day female star! But as we are aware of, Sai’s acting abilities can help her transform into any character that comes her way. And she has a habit of giving her 100% for every character!

One of the most underrated actresses working in the Marathi industry. We believe Jijamata’s role could be that one role that would finally give her talent the well deserved due!

From Shwas to Gully Boy this Marathi actress has come a long way! But she first became popular among the audiences through the small screen. We wish she would return to the small screen some day & believe that ‘Swarajya Janani Jijamata’ could just be the right vehicle for that to happen!

Who among these actresses you think would be or should be playing Jijamata’s role in the upcoming Sony Marathi serial? Or do you have any other actresses in mind! Whatever the case let us know through your comments!